Königswinter, Germany – On Friday 6th of March, the Capacity Development & Innovations Office (CDIO) of the Secretariat of the United Nations Convention to Combat Desertification (UNCCD) was welcomed at the CJD Königswinter School for a very special event.

The occasion was the first ever film screening  organized by the CDIO to raise awareness about the UNCCD, the protection of the environment  and sustainable development. This event saw the screening of “Wild Karnataka”, a cinematographic masterpiece that presents the flora, fauna, and natural beauty of the Indian state of Karnataka in breathtaking pictures. 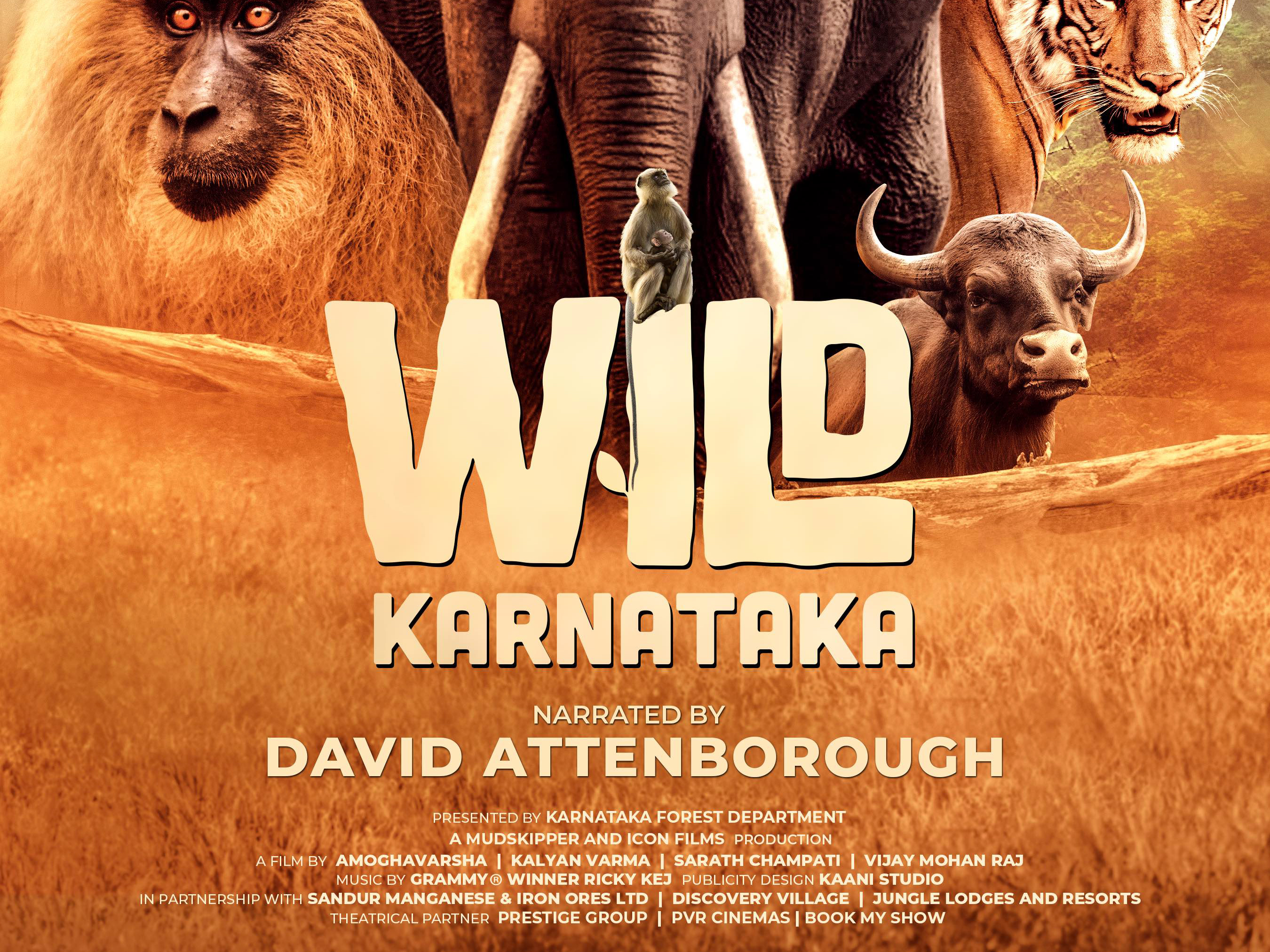 Wild Karnataka is a 52-minutes film, narrated by Sir David Attenborough. It is a brilliant documentary, suitable for viewing by the entire public, and is a visual celebration of the wildlife and ecosystems of Karnataka that we must protect. This film reinforces the crucial importance of the realization of Sustainable Development Goal 15: Life on Land.

The audience was students of the 5th and 7th grades of the CJD Königswinter School, the youngest audience the CDIO has ever engaged! 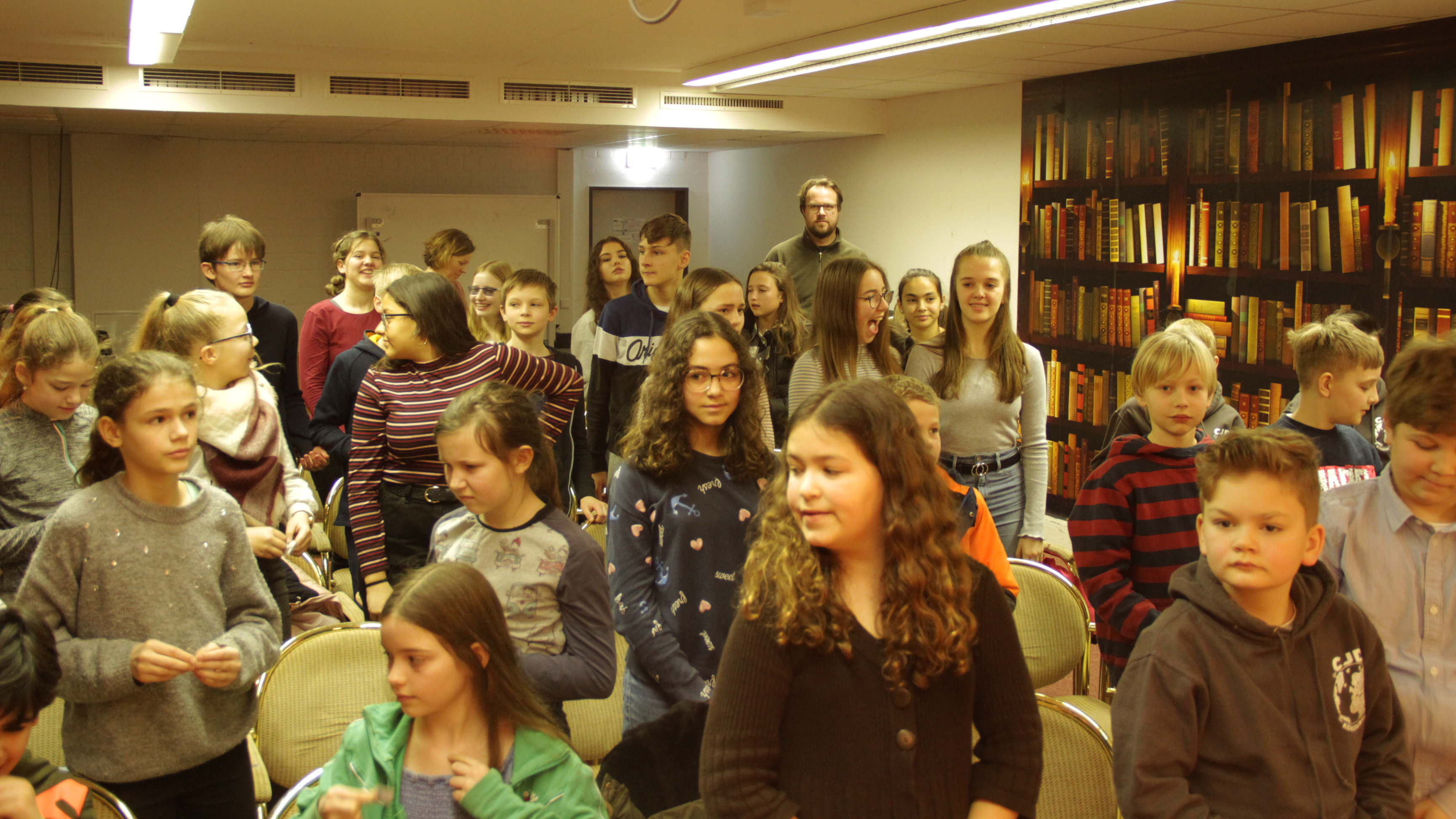 The event heard brief remarks from Head of the CDIO, Dr. Richard A. Byron-Cox who introduced the presenter of the film and its soundtrack composer, Grammy award-winning artiste and UNCCD Land Ambassador, Indian national, Ricky Kej, who was the special guest of the occasion. 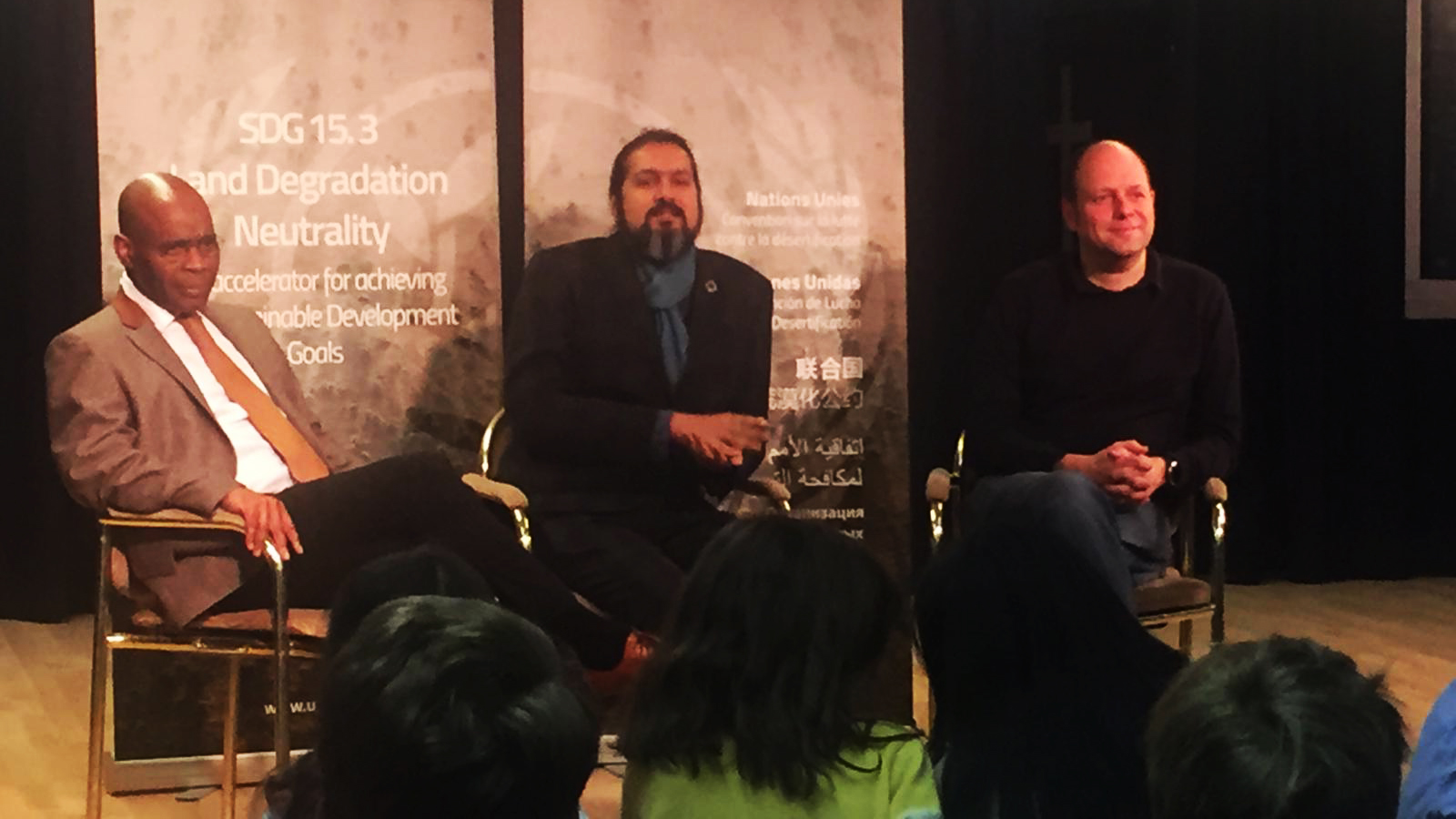 The screening was a wonderful opportunity to raise awareness of Karnataka’s rich biodiversity, as well as to share its linkage with the UNCCD goals. The audience was totally engrossed by the film following which Dr. Byron-Cox and Ambassador Kej fielded questions from the young audience who fully engaged a series of queries on issues such as the role of the UNCCD in sustainable development and what they can do to help protect the environment. 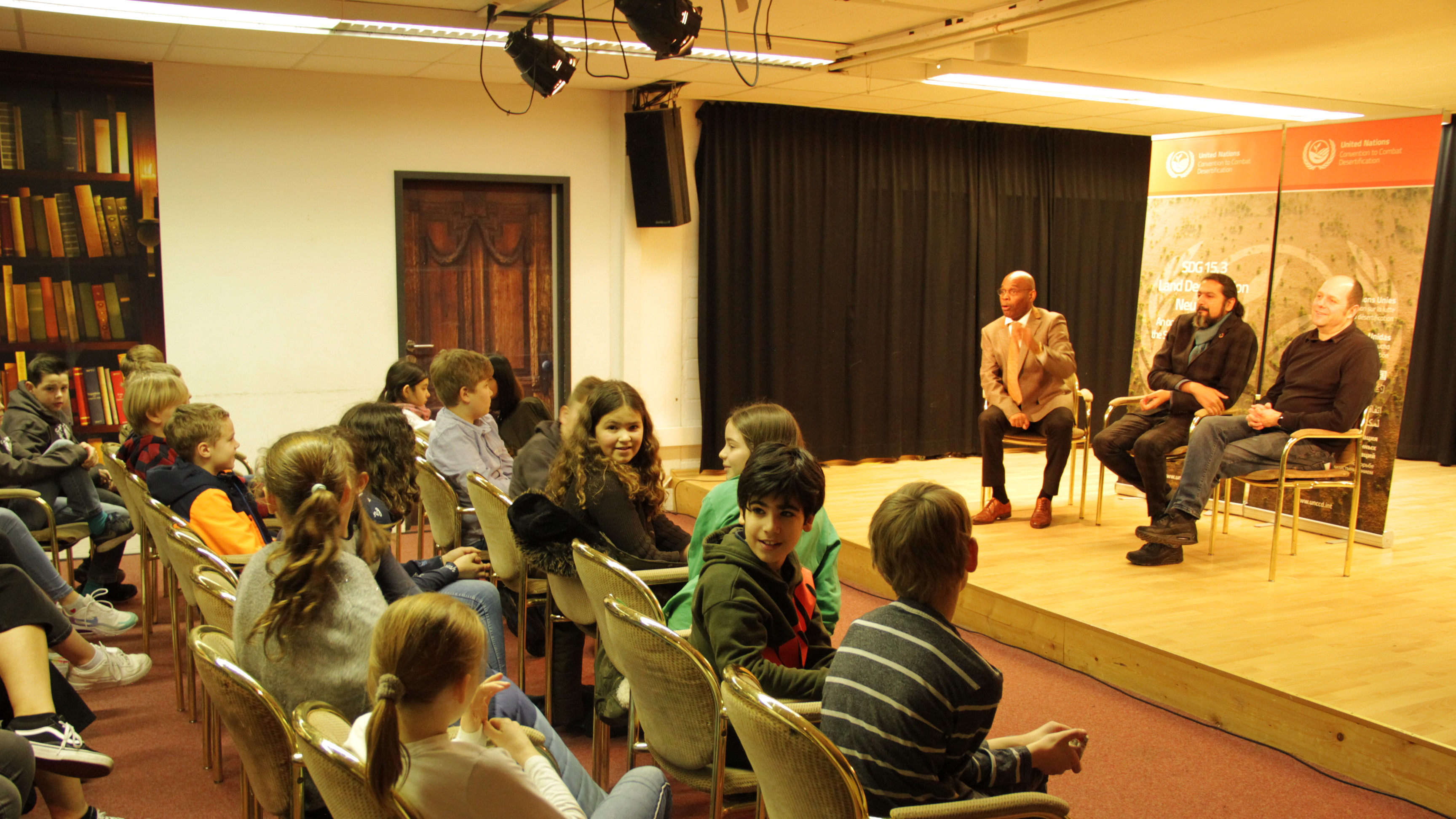 The CDIO is certain that these sorts of events and visits are key to raise awareness, engaging the public at large including the youngest in supporting the UNCCD; and addressing the achievement of global sustainable development. In the end, everyone present agreed that we are all required to preserve our beautiful planet, its biodiversity and land.

The CDIO has among its chief aims providing inspiration to the youth to play their part in promoting the importance of land globally. 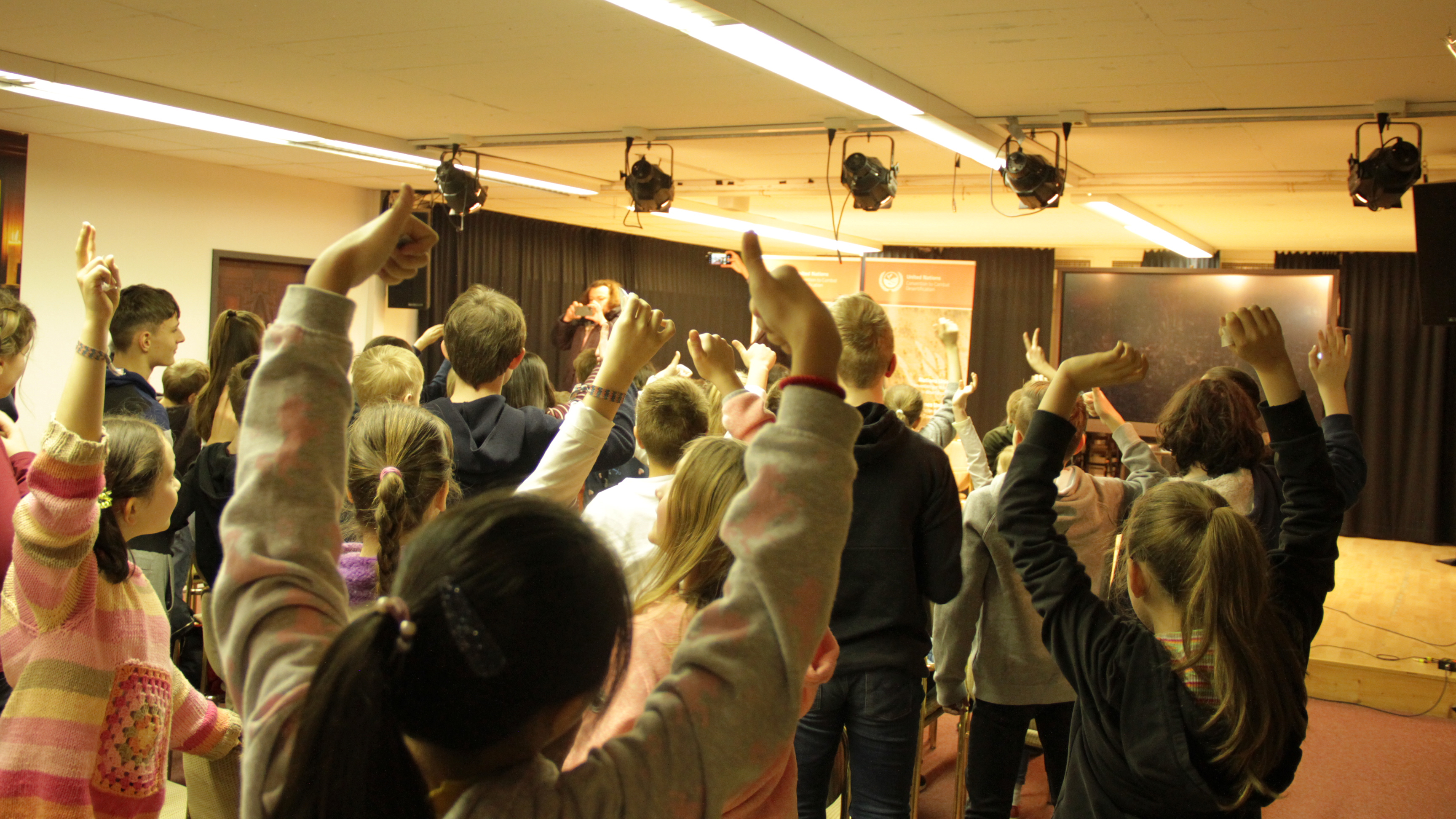 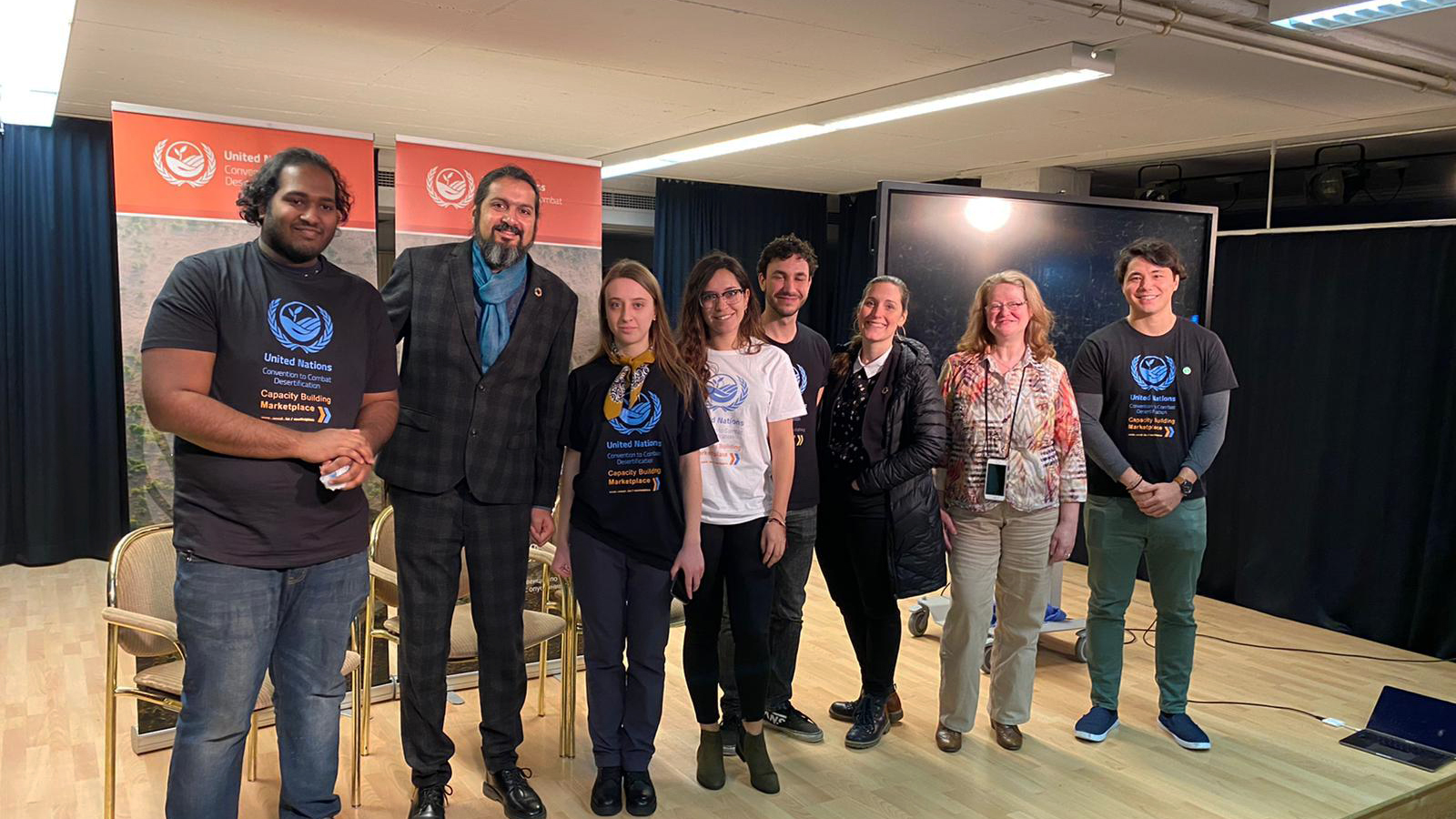 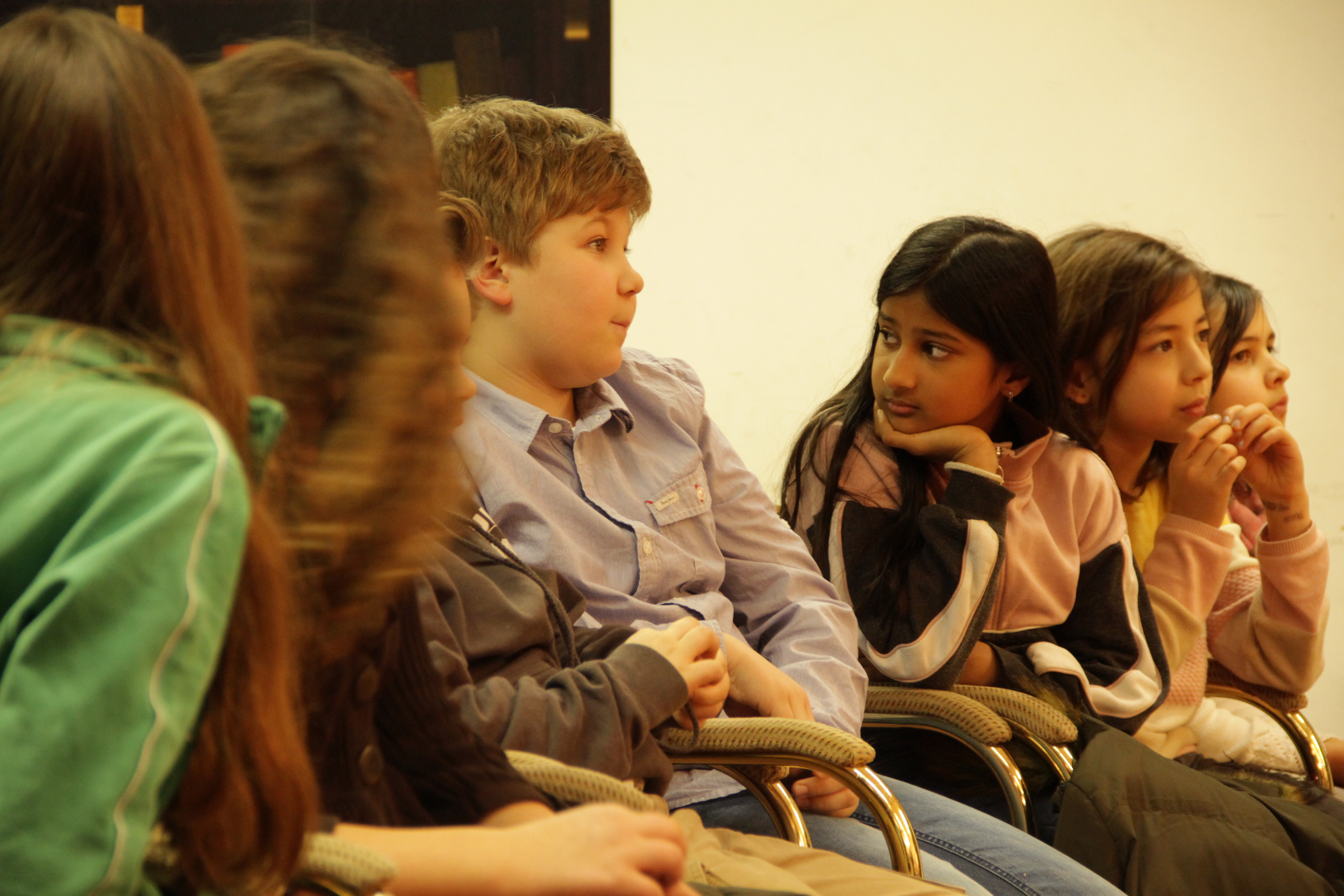 If you wish for your institution to be part of this exciting exercise, please contact us via e-mail address: cbm [at] unccd.int or rbyroncox [at] unccd.int