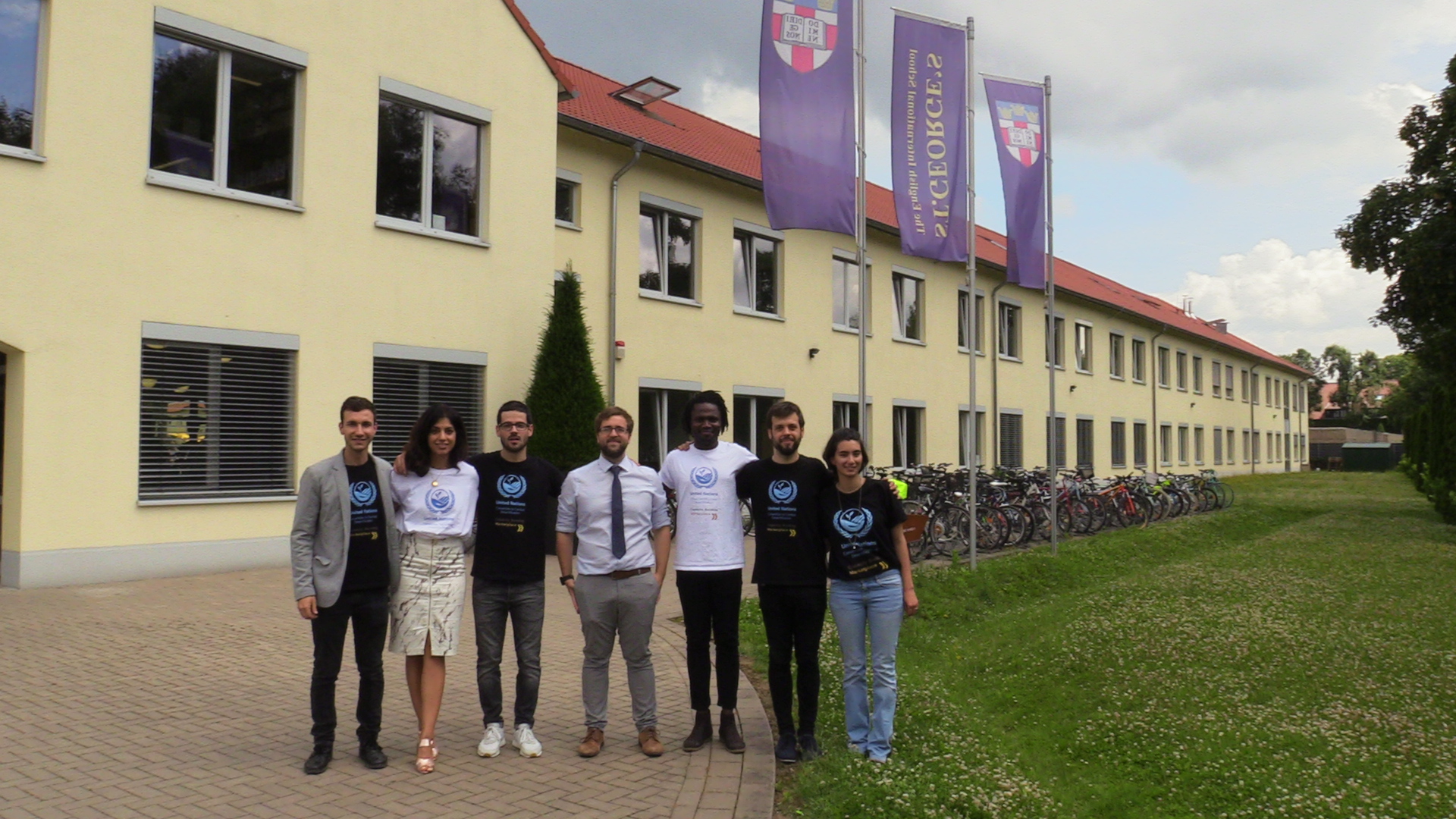 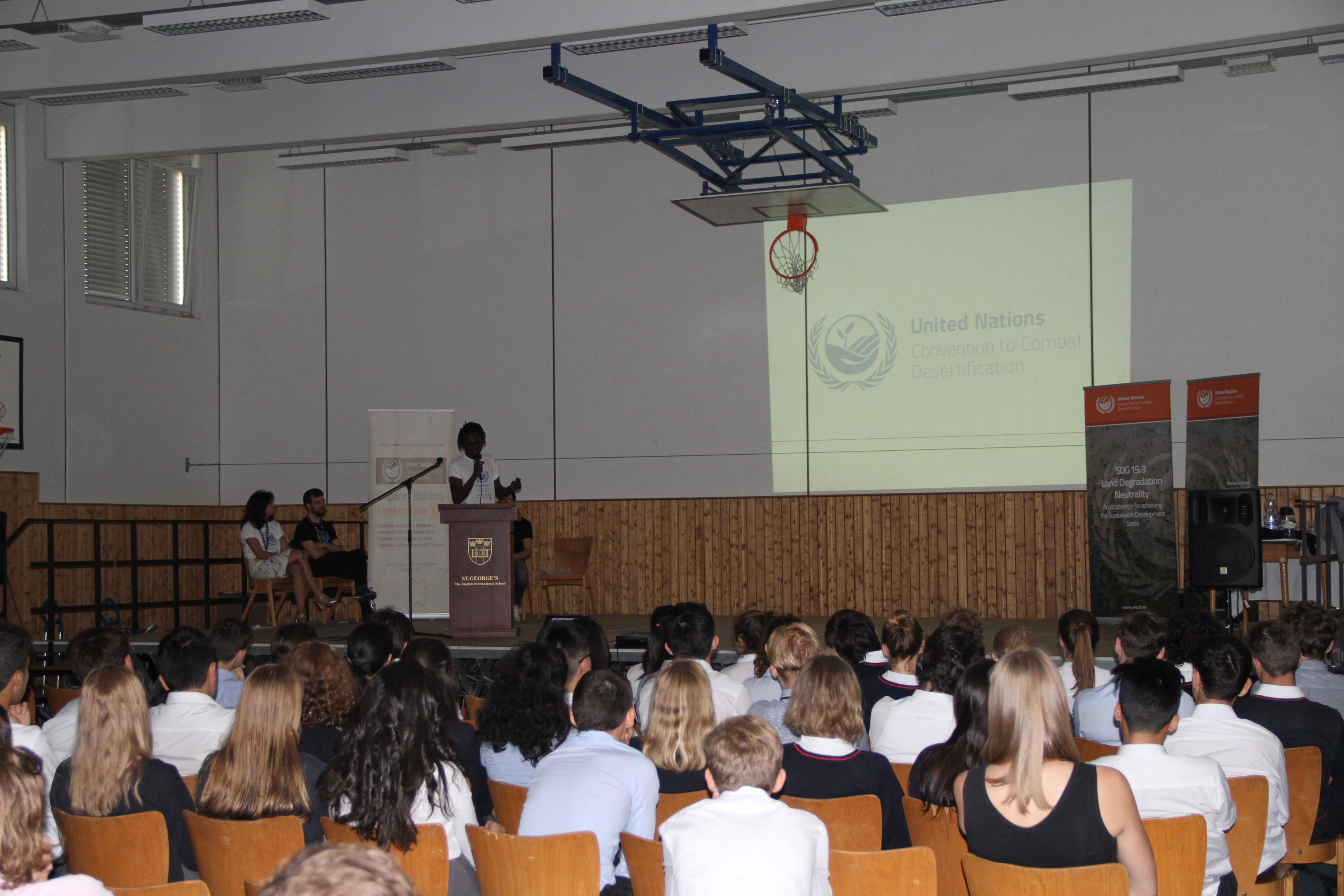 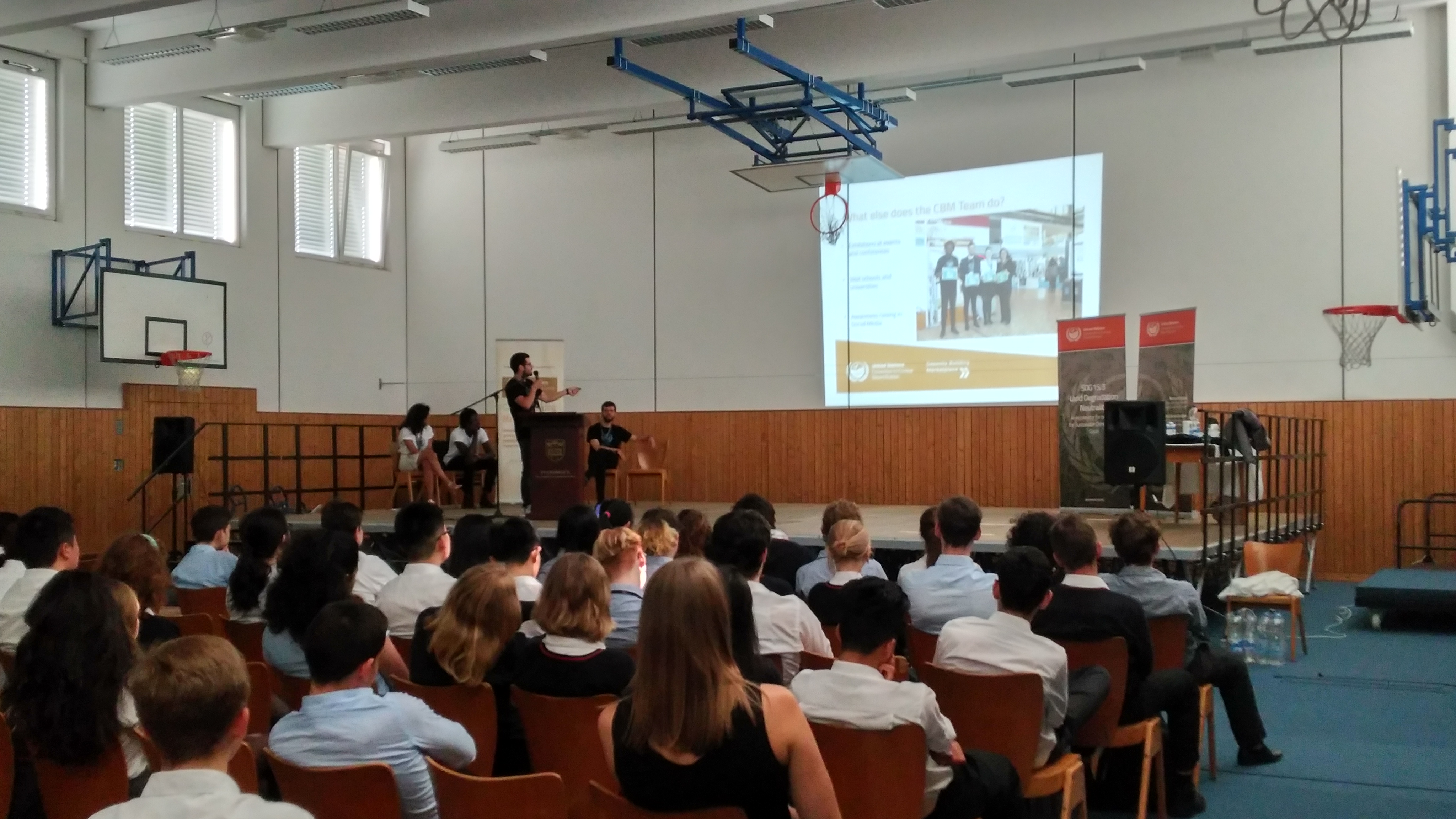 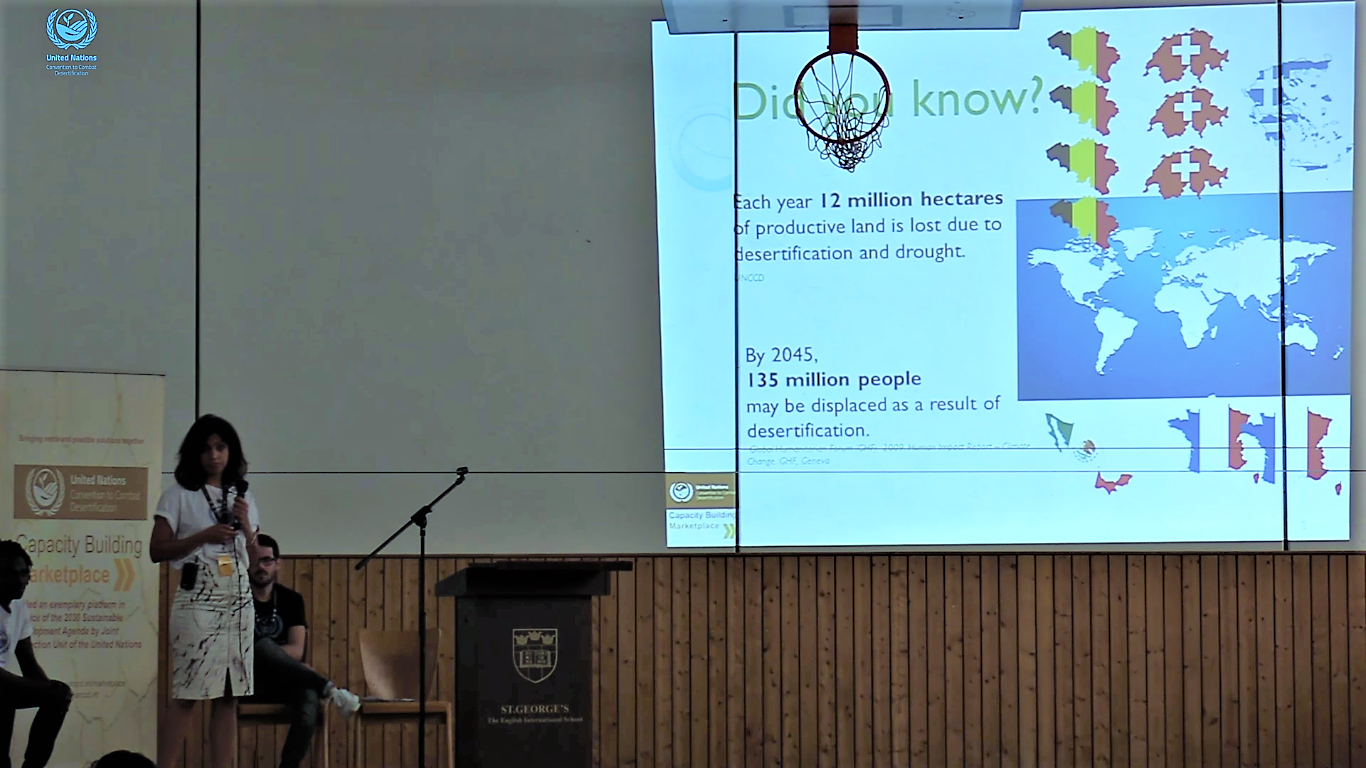 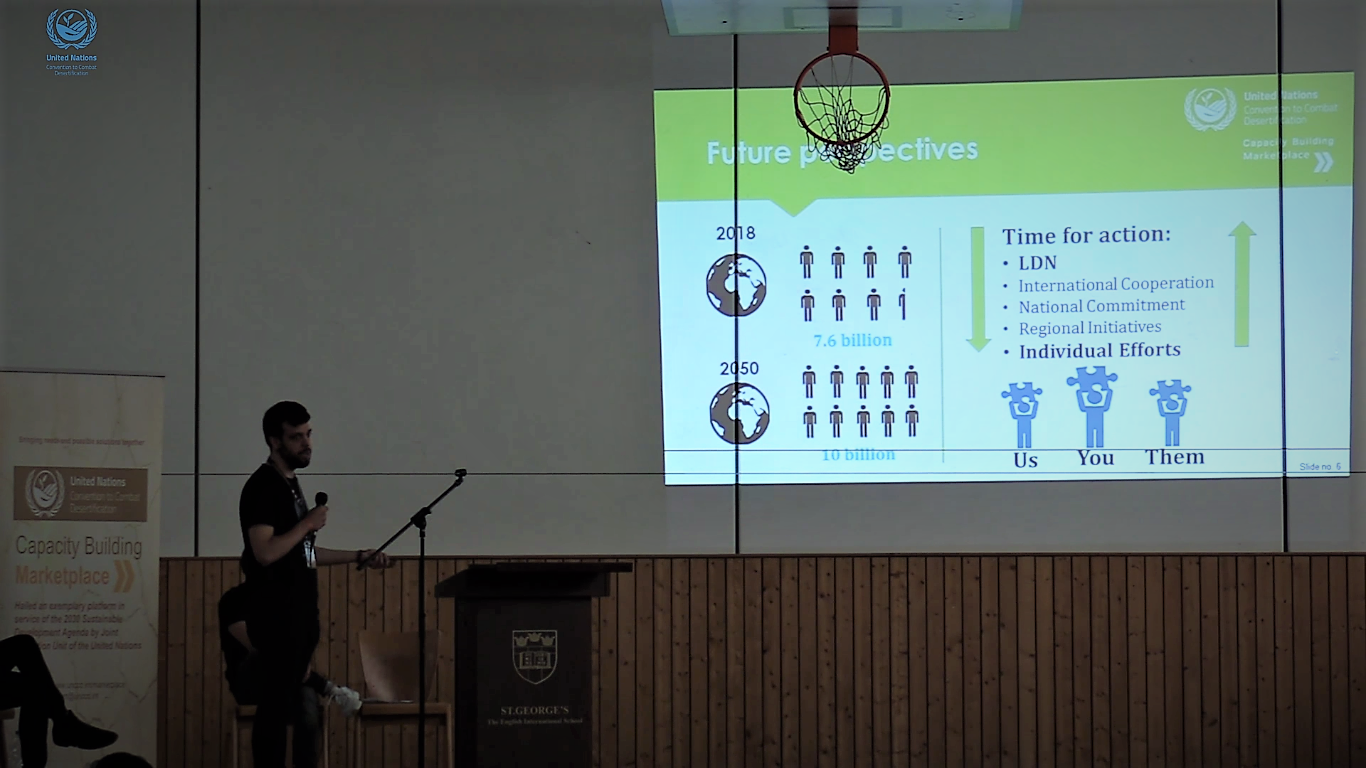 At this really special event the multicultural and multinational CBM Team compromising of Philip Kendekka Sinyan (Gambian and an alumni of St. George’s International School of Cologne), Daniel Gonzalez Carmena (Spanish), Dimitrios Karatassios (Greek), Nina Louise d’Arco (Italian), Jorge Sanz (Spanish) and Zohre Mousaviun (Iranian) engaged around 100 students between the ages of 14-17 in discussions on inter alia the importance of the WDCD and the purpose and objectives of the UNCCD, and the specific role the CBM plays in the UNCCD process. Central to all of these discussions was the real significance of bio-productive land to life, and how young people can play a very positive part in helping to address the challenges of reducing desertification, land degradation, drought and other land-related issues. 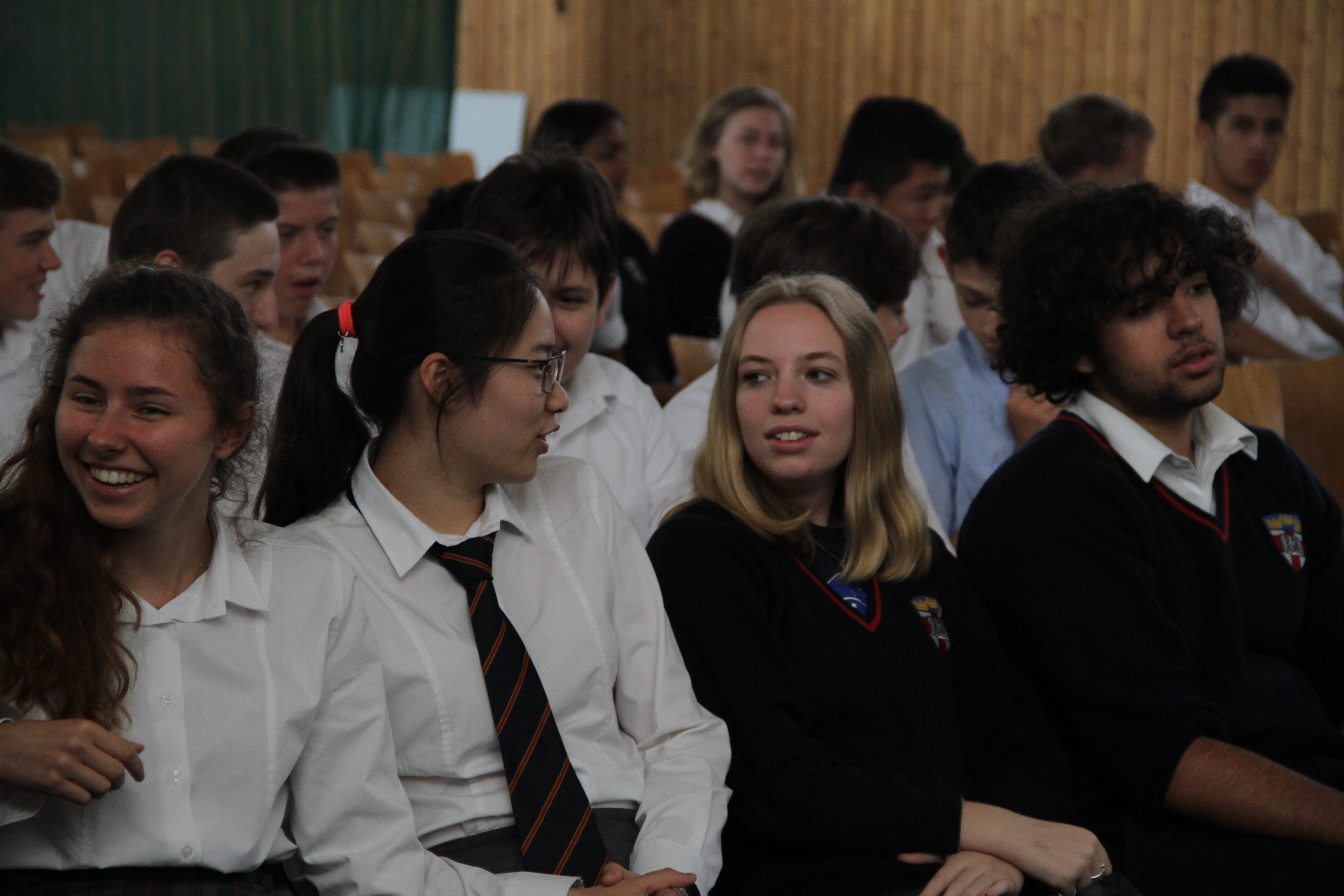 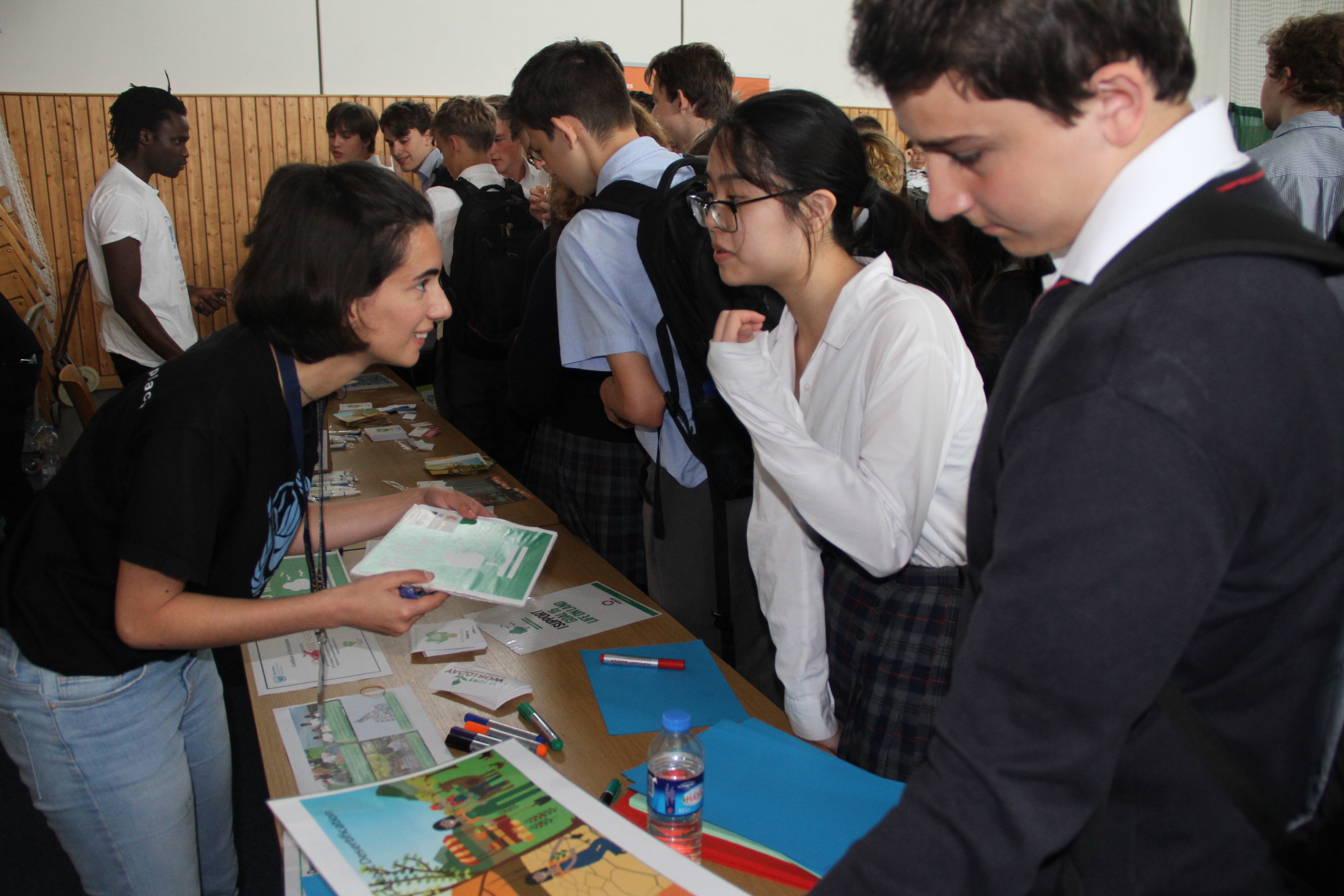 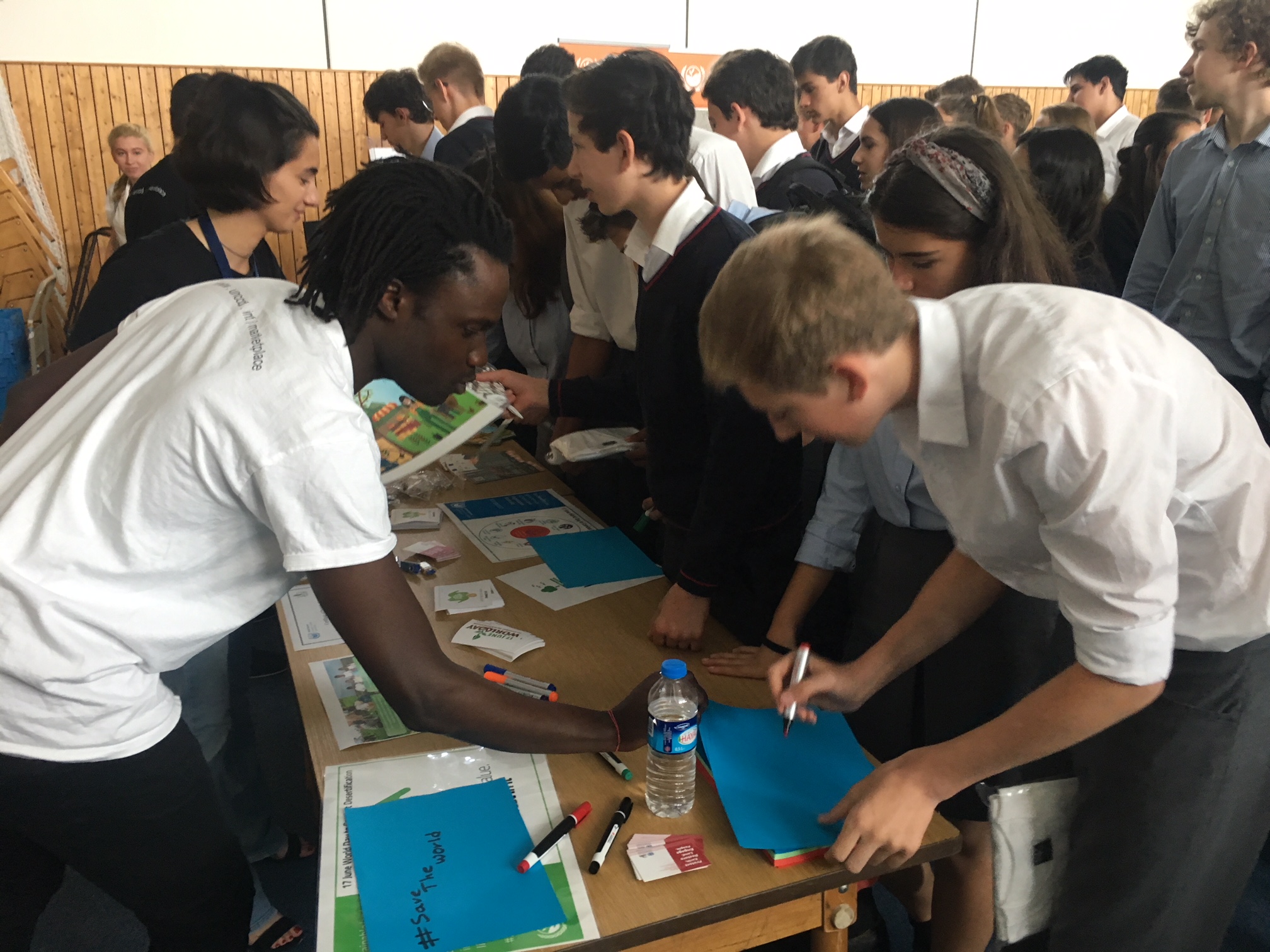 This event about WDCD included an exhibition where the CBM Team informed of the great opportunities and possibilities offered on the Marketplace; invited the students and teachers to ask questions related to capacity building, career opportunities and the like. 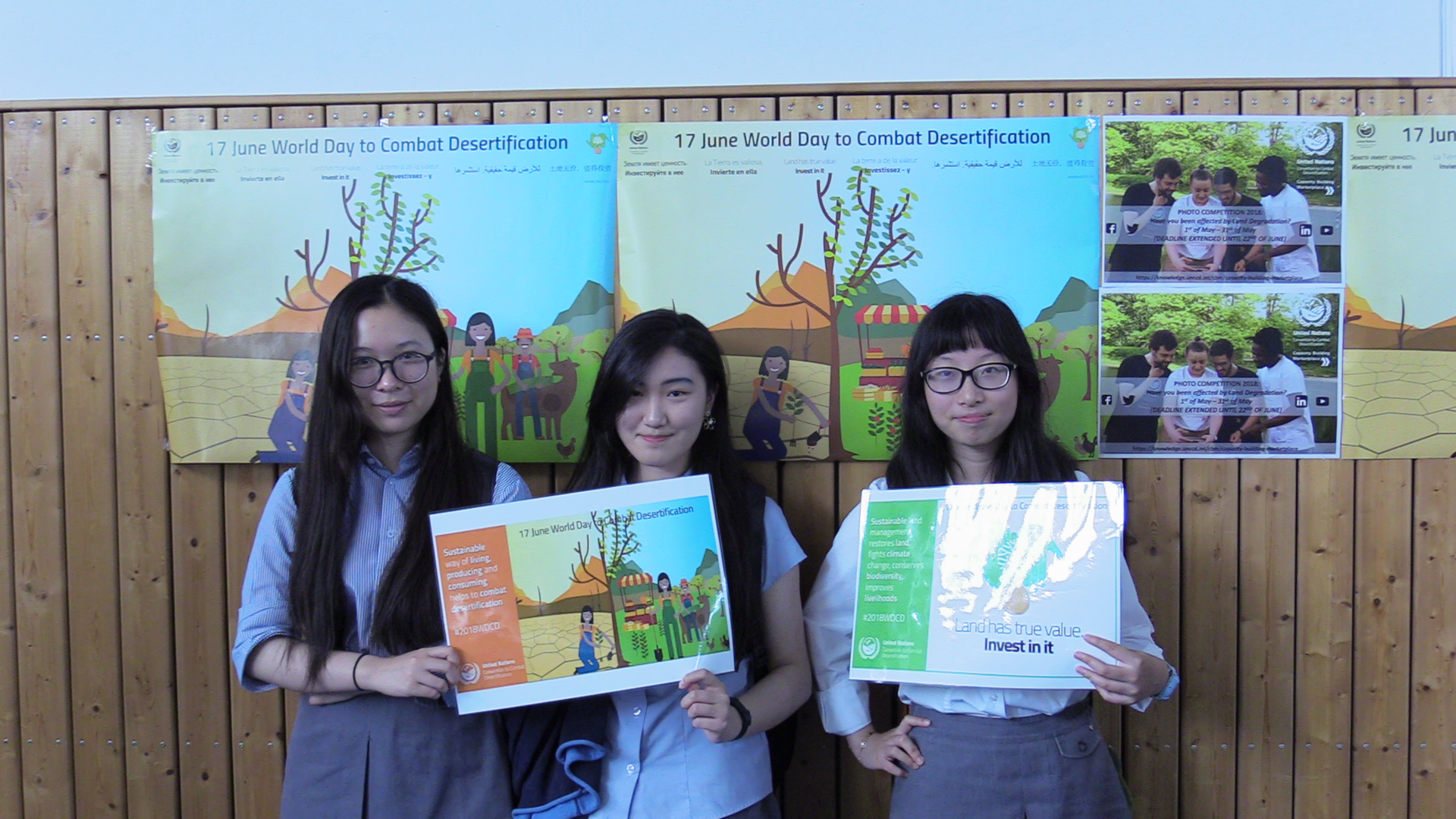 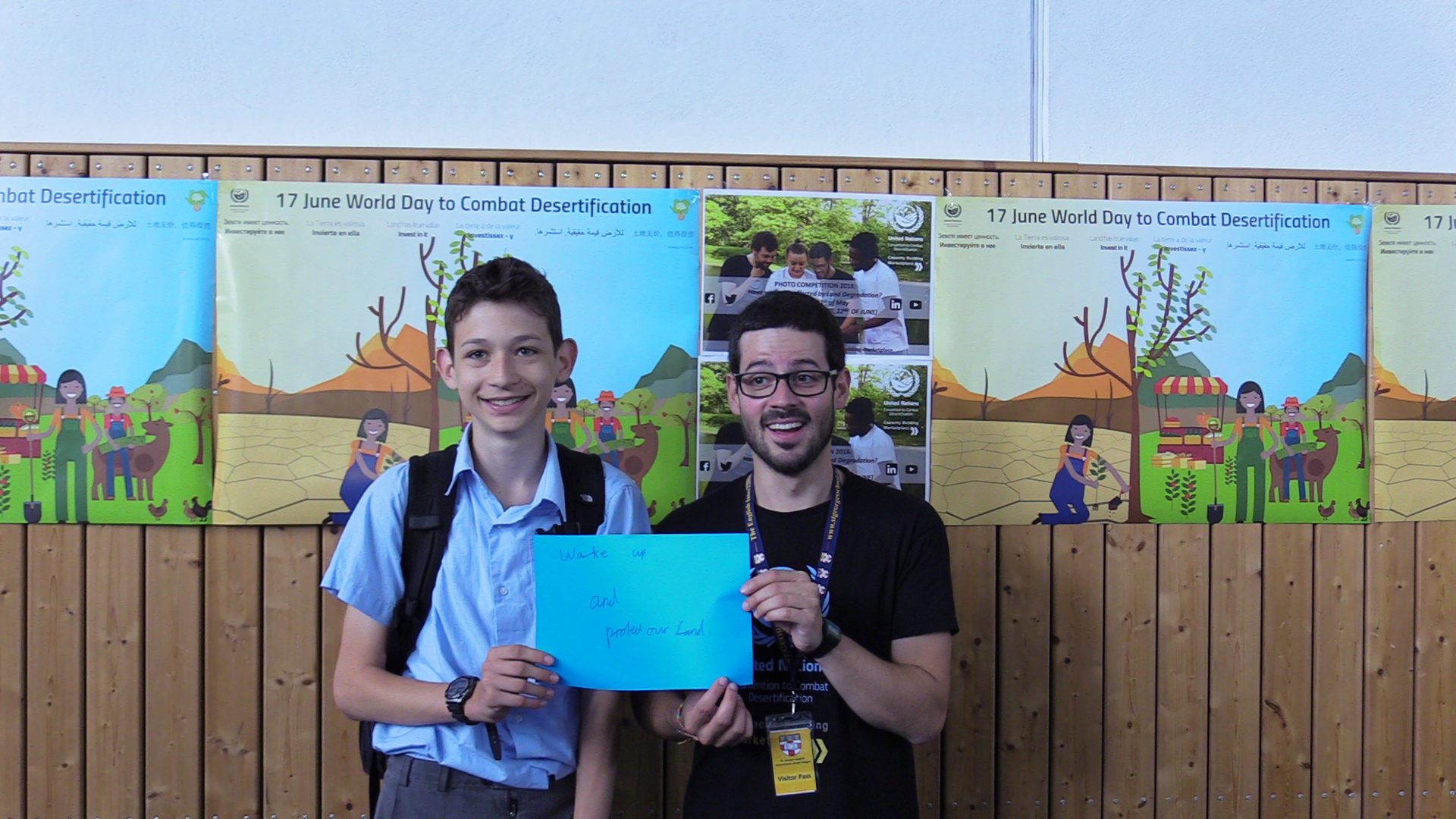 The Students of St. George’s were also very interested in the two other activities put on by the CBM during this event. The first was a drawing of dates which afforded three students to spend the day with the CBM Team once they drew June 17. The other allowed them to take photos displaying their own written messages for the WDCD 2018 Campaign (#2018WDCD). Many students expressed their interest in the UNCCD-CBM and the UN in general, and requested contact details through which they could make further enquires. 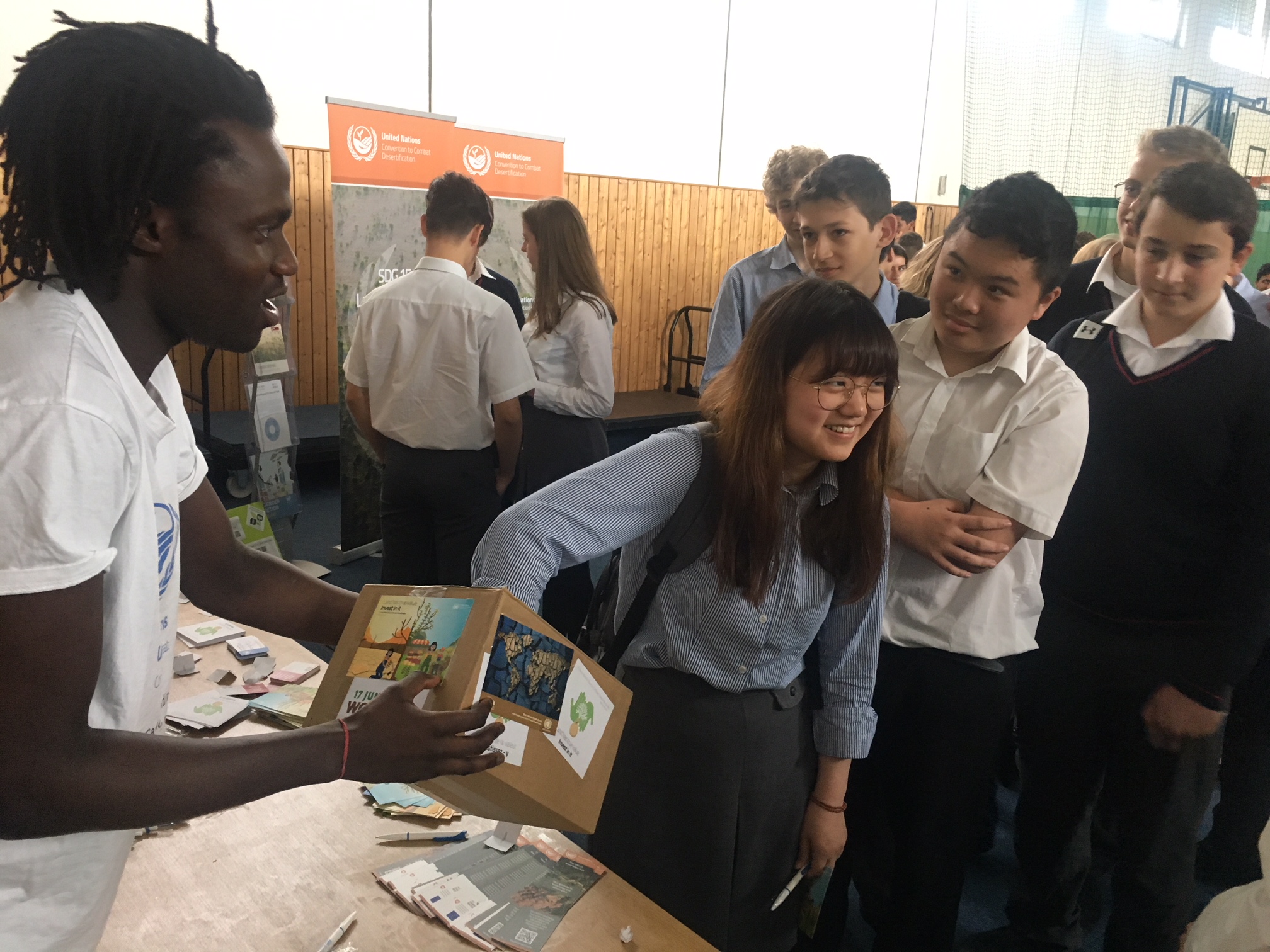 Following up, on Thursday the 12th of July, the UNCCD Secretariat, represented by its Capacity Building Marketplace Team (UNCCD-CBM), had the great pleasure of hosting three students from St. George’s International School of Cologne and their accompanying teacher Mr. Stephen Ryan (Head of Upper School). 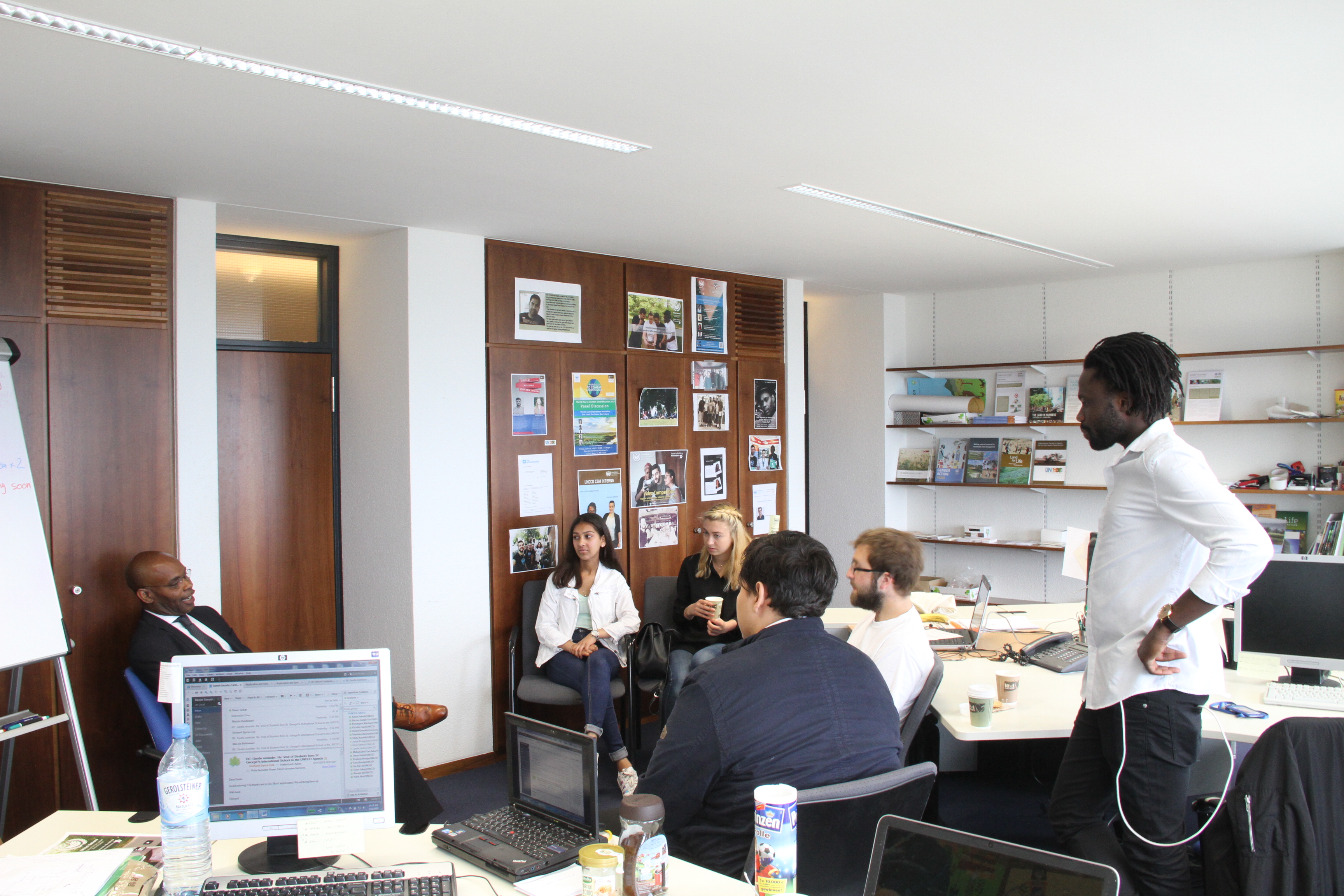 Their first call was on Dr. Richard A. Byron-Cox, Head of the CBM. This was followed by calls on and exchanges with several senior officials of the UNCCD including Mr. Pradeep Monga, UNCCD’s Deputy Executive Secretary, and Mr. Johns Muleso Kharika, Chief of Science, Technology and Implementation Unit. They were taken on an interesting tour through the UNCCD vast library collection by Ms. Katya Arapnakova, UNCCD librarian; and paid visits to the Secretariat of the UNFCCC (United Nations Framework Convention on Climate Change), the offices of UNESCO-UNEVOC International Centre, the UNU (United Nation University) and the Headquarters of the UNV (United Nation Volunteers). 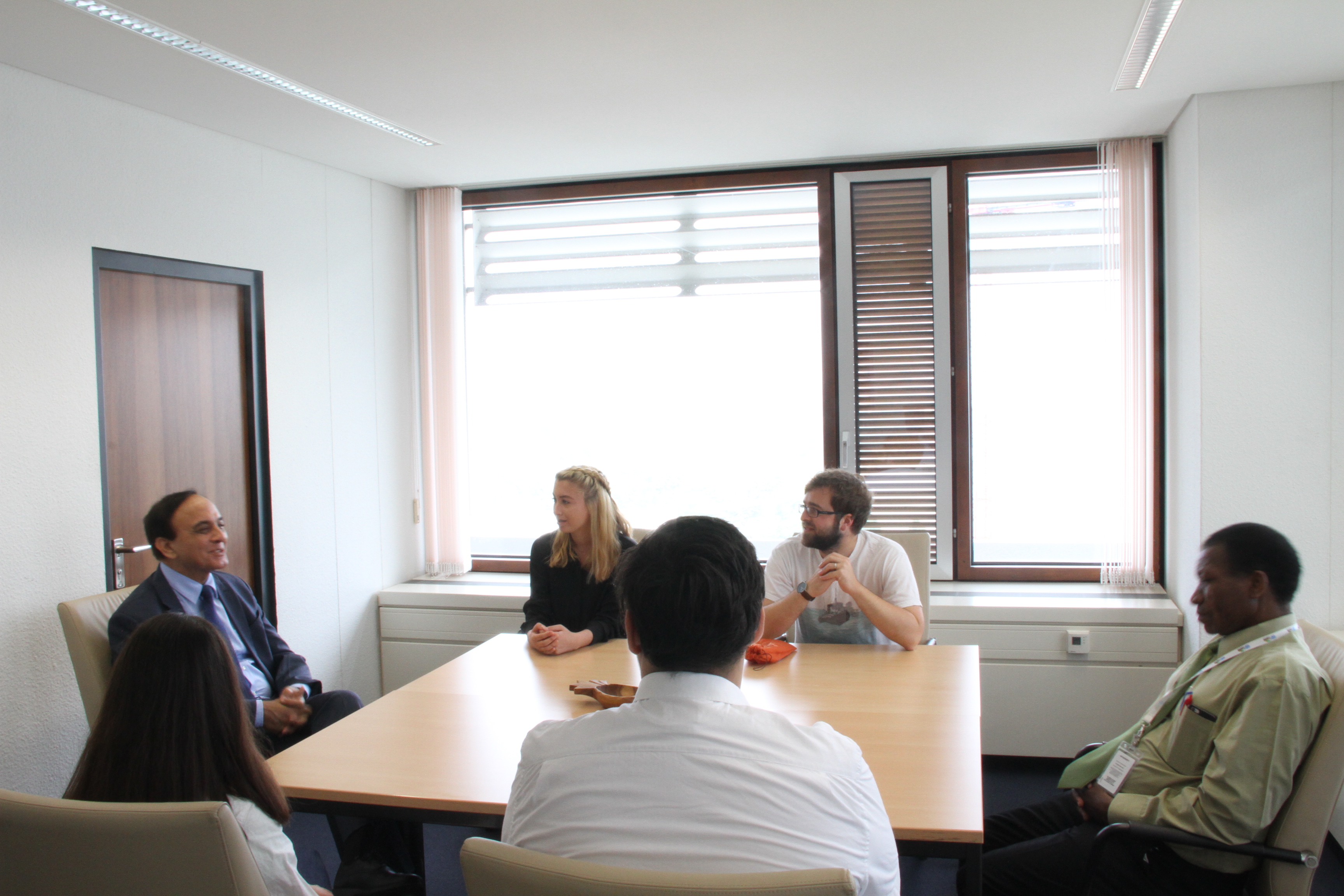 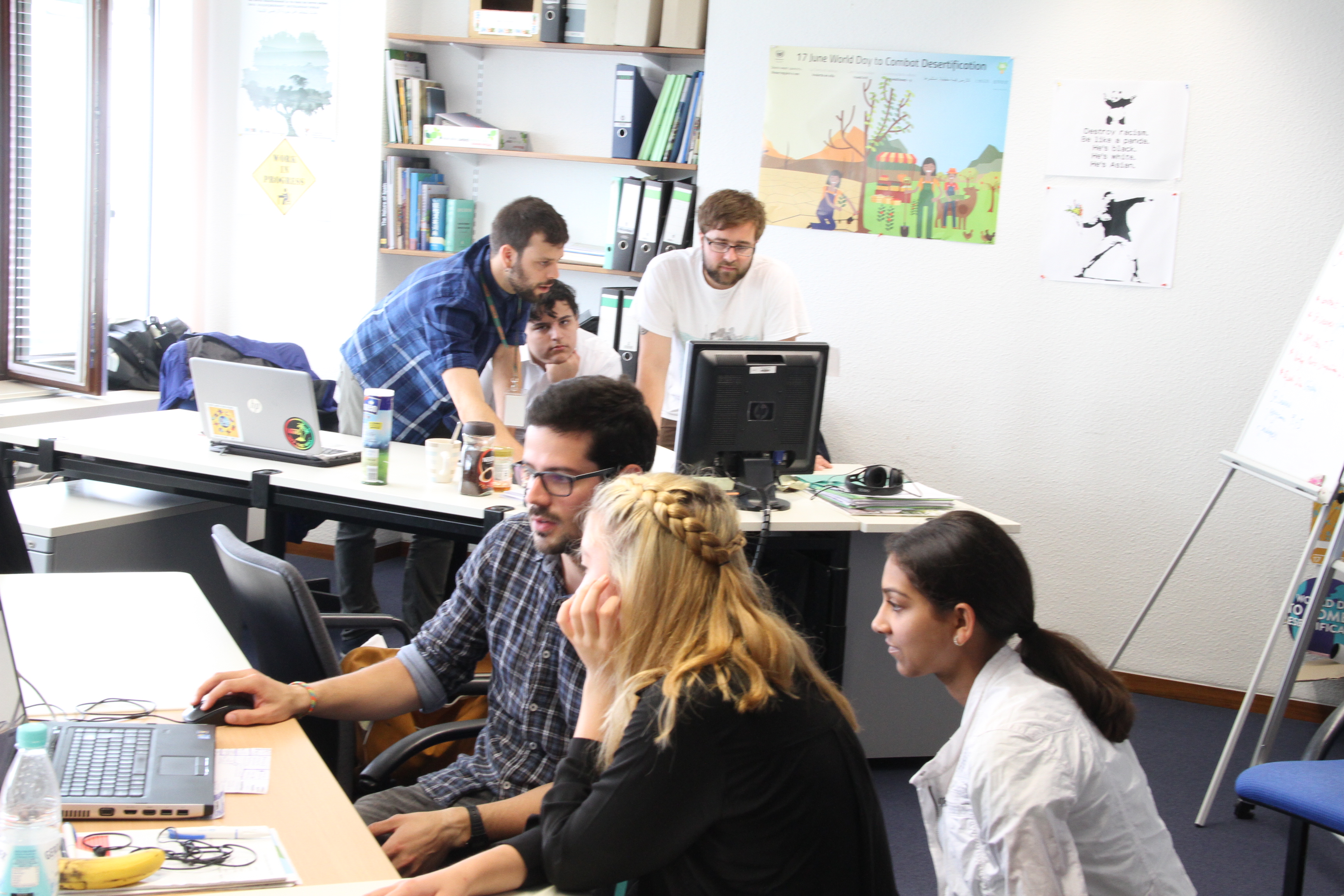 The students were exposed to the day-today operations of the CBM and given the opportunity to work along with members of its Team doing specific tasks such as creating content for the online platform. The CBM Team explained to them how some of the CBM operations are done including the managing of our social media accounts and the implementation of some of the many projects undertaken by the Team. And, they were shown how they may be able to use the Marketplace as regards accessing opportunities offered around the world. 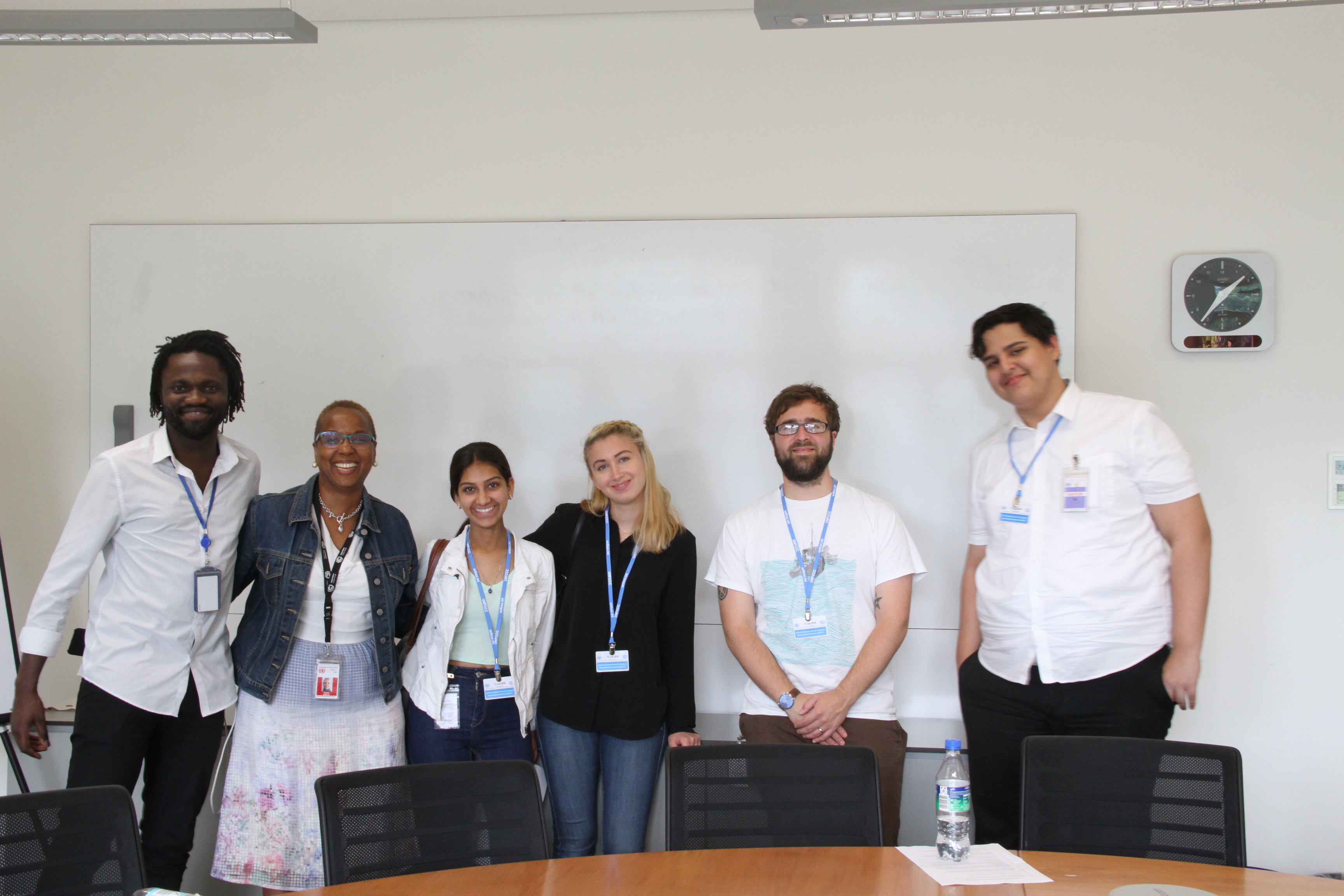 The visit to the UNFCCC afforded the students the chance to have an appreciation of the importance of the work of that organization, its history and its overall aims and objectives. It was impressed upon the visitors that the building was being run completely on solar energy. 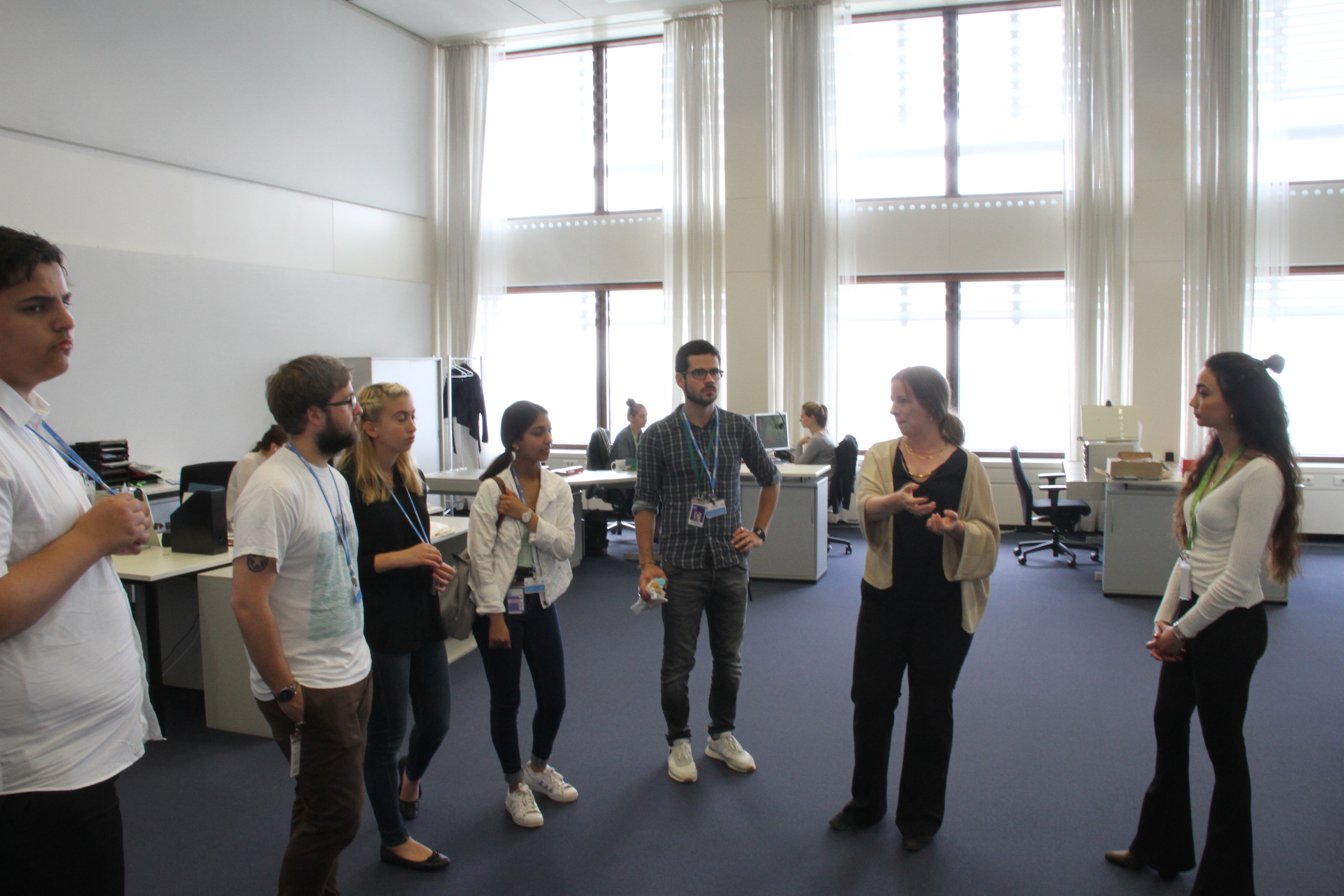 During their visit to the offices of UNESCO-UNEVOC the students had the opportunity to get a deeper understanding of the crucial work this organization does in the area of  promoting learning for the world of work. Here, they were told of the added advantage of this agency’s work as regards the training of young people. They also had the honor of meeting the Head of Office of this agency, Dr. Shyamal Majumdar.

A visit was also made to the offices of the United Nations University. They were informed of the contribution of the UNU to international development through its work in research, education, and other fields.

The last destination of the St. George’s students day at the UN was to the offices of the UNV (United Nation Volunteers). Our guests were introduced to the Volunteers’ programme, which contributes to and works for global peace and development through volunteerism worldwide. Focus was placed on youths and volunteerism as a one important way of tackling many of the challenges humanity faces today. 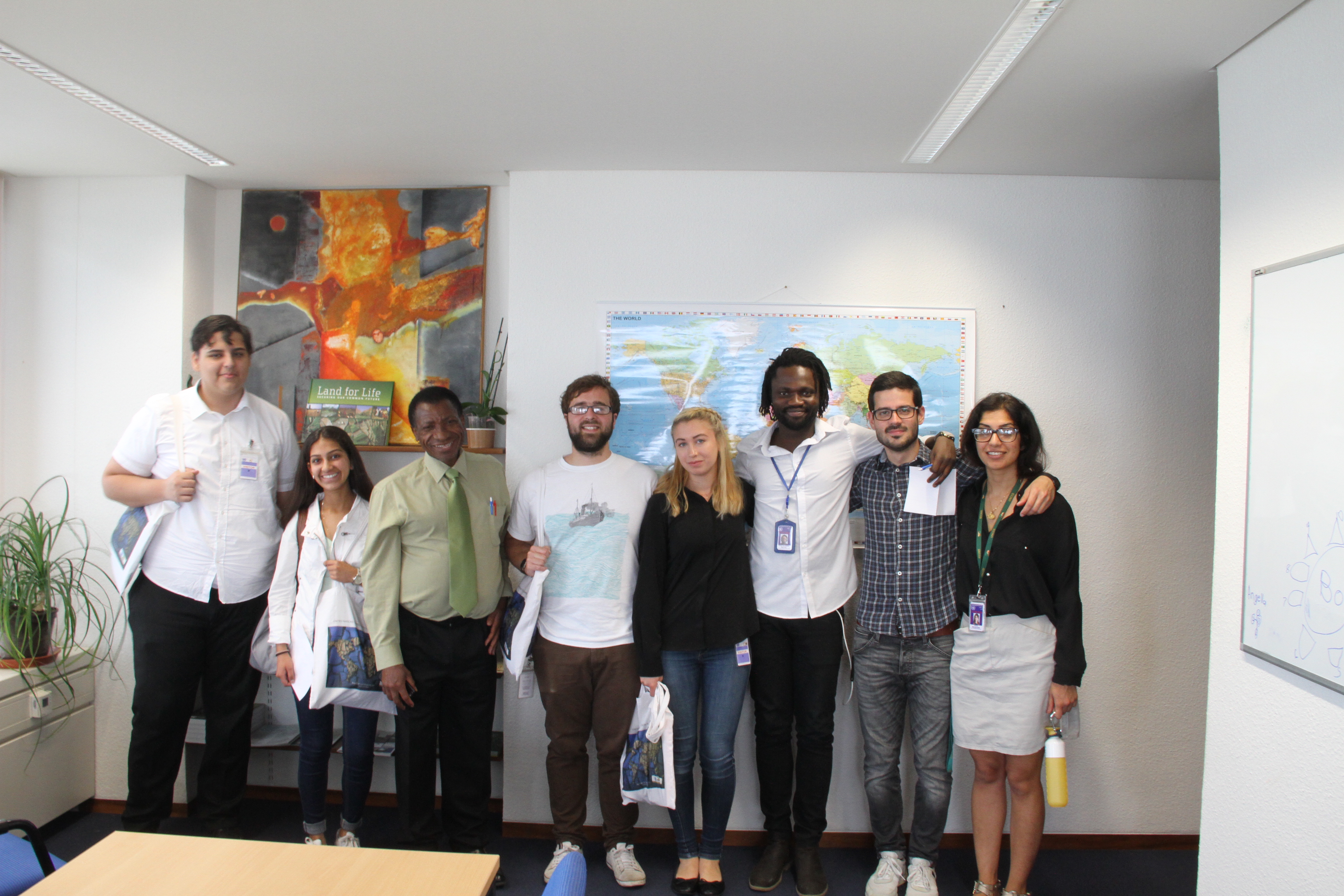 For those that are interested in the full coverage of the WDCD Event at St. George’s, you can see the videos of the presentations, pictures and interviews in the link below:

All pictures from WDCD2018 at St. GEORGE'S

All of the above could not have been achieved without the excellent cooperation and efficacious collaboration of the school’s management. The CBM Team therefore expresses its heartfelt appreciation to the entire St. George’s School. A very special thank you goes out to Mr. Stephen Ryan, Head of the Upper School for facilitating and helping to coordinate this event. A special thank you to all the students who showed interest in and passion for all that was done, and who remained totally engaged throughout the entire exercise.  Additionally, the CBM Team expresses thanks to all who were involved and supported the exercise from the first day of planning to the final execution.

For further information on events that the CBM does or inquiries you might have about our availability to engage educational institutions, feel free to contact us on the following channels: