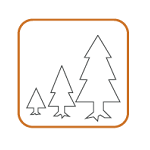 According to the report on sustainable land management (SLM) by the UNCCD Science-Policy Interface (SPI), afforestation/reforestation is an effective technology to reverse land degradation and rehabilitate degraded land, and is an effective climate change mitigation strategy. Changes in land use through afforestation could lead to a gradual accumulation of soil organic Carbon (SOC), although this depends on the previous land use type and the species and planting techniques. High SOC accumulation is most likely when converting from cropland or when restoring severely degraded land.

Other potential benefits from afforestation/reforestation include an increase in above- and below-ground biomass accumulation and biodiversity (especially when mixed tree species are used), soil erosion control, and improved ecosystem functions and services, such as soil and water conservation, and often aesthetic and cultural services.

Below are examples of best practices in afforestation/reforestation cited in the report on SLM by the SPI. 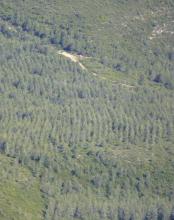 Reintroduction of forest cover after wildfires

Afforestation activities, led by the government, after a fire that resulted in the loss of 33’000 ha of forests, strong erosion processes and hindered vegetation regrowth. A machine was used to open a planting hole and cover it again, which loosened the soil. Seedlings of Pinus Halepensis were planted manually and arranged linearly. The afforested area covered around 100 ha (not continuously), while other forest areas grew naturally. 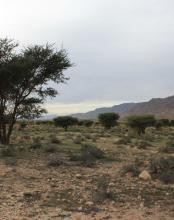 Protection and reforestation of degraded arid lands in central and southern Tunisia using native tree species able to tolerate extreme droughts and persist on the edge of the Sahara desert.

Read about other SLM technology groups