Forests/woodlands are lands where the predominant land use and canopy cover consist of trees. This includes natural or semi-natural forests composed mainly of indigenous trees, plantations, or other planted forest areas, with monoculture or mixed tree varieties (WOCAT, 2016). The area could be for used various purposes, such as conservation, wood production, or recreation.

According to the report on sustainable land management (SLM) by the UNCCD Science-Policy Interface (SPI), forest and woodland areas continue to decline worldwide. According to the FAO 2015 Global Forest Resources Assessment, between 2000 and 2010, an estimated 13 million hectares of forest was lost to deforestation per year. Drivers of deforestation include conversion to other land uses, such as agriculture, extractive activities, and infrastructure. Other drivers, such as fire, windstorms, pests, and diseases, are also significant contributors of forest loss.

Natural expansion and sustainable land management (SLM) technologies such as forest conservation and reducing deforestation have been effective in preserving forests and woodlands, with evidence of a slowing rate of deforestation in many parts of the world. For example, between 2000 and 2010, actual net forest loss between the same period was 5.2 million hectares per year (FAO, 2015). Below are examples of best practices in these technologies cited in the report on SLM by the SPI. 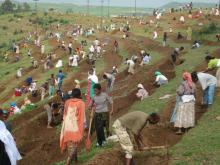 Tree plantations using fast-growing and native species are established in combination with hillside terracing to protect upper catchment areas. The afforested areas are closed for any use until the trees reach maturity, after which user rights were given to communities allowing cut-and-carry of grass and cutting of trees with government permission. 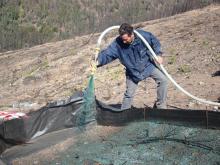 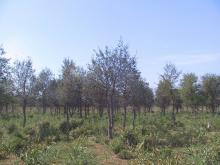 Assisted cork oak regeneration by acorn seeding and seedling plantation from a plant nursery, involving careful husbandry and protection from grazing. Good quality acorns and seedlings are required and seedlings should come from the same region where they are planted and be certified by the authorities. Small, woody plants are cleared and the soil is prepared by deep ploughing to loosen the topsoil and allow easier root growth.