Croplands are lands that are used for the cultivation of crops (WOCAT, 2016). According to the IPCC 2006 Guidelines for National Greenhouse Gas Inventories, this can include “all annual and perennial crops as well as temporary fallow land (i.e., land set at rest for one or several years before being cultivated again) [and] arable land which is normally used for cultivation of annual crops but which is temporarily used for forage crops or grazing as part of an annual crop-pasture rotation (mixed system)” (IPCC, 2006).

Croplands face many land management challenges, including soil degradation, which is caused by natural factors, such as wind and water erosion, and human-induced factors, such as inappropriate agricultural practices, particularly on vulnerable soils and marginal production areas.

According to the report on sustainable land management (SLM) by the UNCCD Science-Policy Interface (SPI), soil degradation can damage soil quality and functioning, which could lead to the loss of topsoil organic matter and nutrients, acidification, and erosion. The situation is even more problematic in drylands, where land degradation, nutrient deficiencies, and increasing water scarcity and drought represent further constraints. Soil erosion in particular can cause off-site impacts, such as damage to private and public infrastructure, reduced water quality, increased sedimentation of rivers, deltas and reservoirs, and landslides.

Croplands have one of the greatest varieties of adaptable sustainable land management (SLM) technologies adapted to deal with land management challenges, ranging from soil erosion control, and soil, water, and vegetation management. Below are examples of best practices in these technologies cited in the report on SLM by the SPI. 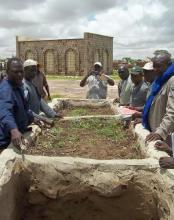 Organic fertilizer is applied to the fields to enhance productivity by increasing the level of organic matter in the soil (humus), which stimulates soil biological activity and improves soil structure, water infiltration and retention, and nutrient storage. The most commonly used organic fertilizers include compost using straw pen manure with litter or household waste. 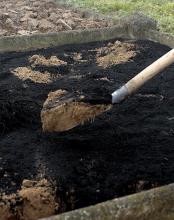 Biochar application as a soil amendment

Application of fine-grained charcoal as an amendment to improve soil quality and mitigate greenhouse gas (GHG) emissions from croplands. As a soil amendment, biochar can favour long-term stabilisation of carbon stocks, serving as a net withdrawal of atmospheric carbon dioxide. From an agronomic point of view, high organic carbon input from biochar can enhance the nutrient and water retention capacity of the amended soil, reducing the total fertilizer requirements.

Production and application of bio-humus

The technology makes use of red worms to process fresh manure filled into a trench to improve soil fertility. To process the manure, a trench is prepared and filled with fresh manure and 5 kg of worms, which feed on the manure and process it. Within 20-25 days bio-humus is produced and then separated from the worms by using a metal mesh, and the activity can be repeated anew. The produced bio-humus is used as an organic fertilizer for vegetable production. Application norms are 2.5-5 tons of bio-humus per hectare.