His research focuses on the impact of land use and climate changes on the water cycle, through the evolution of water resources (streamflows, groundwater, ponds and lakes, wetlands and soil water), soil water holding capacity and rivers recession coefficients. He is also very interested in the rôle of trees in the field, in the cities, in the societies and their impact on local and regional climates.

📚 The new report "Drought, desertification and regreeniing in the Sahel" is available in English and French

There is growing evidence of regreening in the Sahel. It is widespread. It cuts across the entire area, and it’s dynamic. In fact, almost all of West Africa is experiencing this regreening.

Trees are natural air conditioners, and are vital for both the rural and urban areas. They provide food, but they are also fertilizing the land in the Sahel in ways that could be making a difference to resilience that is far better than elsewhere in the world.

Starting in the mid-1990s, some researchers started noticing and documenting the regreening of the Sahel. The trend has been re-confirmed with each passing year in an increasing number of scientific papers. Until mid-2010, the evolution seemed to be driven by an increase, every year, in the graminaceae vegetation (a family of grasses).

Recent papers, however, also show an increase in the number – now estimated at billions – and canopy size of the trees. This is also contributing to the widespread regreening that is evident. What is also remarkable in West Africa is the good health and rapid extension of the mangrove forest, in sharp contrast to the global picture. In the rest of the world, almost all the mangroves are threatened and in a state of decline.

Some scholars disagree that such a vast and positive trend exists in the Sahel. But this is likely due to the approach of these studies. In general, they tend to focus on the areas where regreening does not apply and desertification is noticeable.

The current – regeneration – stage, noticeable since the mid-1990s, came after a hyper humid period that lasted from 1950 to 1967. This, in turn, gave way to the “great drought” in West Africa that lasted from 1968 to 1993. The drought had two major impacts. First, the vegetation cover decreased significantly. Second, the soil surface across vast areas became hard, dry crusts that water could not infiltrate.

Take the case of the Middle Niger River Basin (MNRB), where these successive Sahelian hydrological paradoxes were evident. During the dry 1968-1993 period, most of the basins in the Sahel strip showed an increase in the amount of runoff compared to the total precipitation – mostly hail or rainfall. (Known as the runoff coefficient, its means that as soon as most of the rain falling hits the ground it flows down into the streams and rivers. It hardly seeps into the soil).

This was attributed to a strong decrease in vegetation cover following the drought. A loss of cover meant less rain water stayed where it fell. Instead, it collected as streams that swept away a lot of soil with them. This has since been described as the first Sahelian Hydrological Paradox.

But when rainfall improved in the 1990s in the most degraded areas, vegetation managed to regain its place and regreening started to take effect. This put an end to what until then was the “normal” situation. In turn, the runoff coefficient decreased as water infiltration improved due to regreening.

However, in some specific areas where the soil surface had turned into a hard, impermeable crust, water infiltration is still difficult and an increase in runoff is still evident. This is the “second Sahelian hydrological paradox.” The water deficit in the soil gets worse. The decrease in the soil’s ability to retain water in a large area – the basin – exacerbates the drying up of rivers and streams. Over time, this manifests as desertification.

But overall, most of the changing land elements that scientists are observing in the Sahel signal a positive trend. For example, in the two last decades, most of the basins in the Fouta Djallon ranges have retained more water in the land. Streams and rivers are not swelling up as much after the rains. What’s more, all the rivers providing water to the Sahel show a similar trend – the Gambia, the Senegal/Bafing Rivers and the two main tributaries of Upper Niger Rivers. The resilience of these major basins, in terms of the water holding capacity is an asset for Sahel’s water resources, environments and communities.

Preliminary observations over the long range also show a curious observation. The higher the population density the higher the vegetation and/or tree cover. This is the case in the Niayes and the Southern part of the groundnut belt in Senegal. The same goes for the Fouta Djallon in Guinea, the Mossi Plateau of Burkina Faso, the Bandiagara Plateau in central Mali, and the « bocage » of the Korhogo area in Northern Côte d’Ivoire, among others.

This is known as a “boserupian”  behavior and evolution. (It is named after the late Ester Boserup, a Danish scholar, who argued that technological innovation helps growing populations to make better use of their land). Tiffen et al (1994) in their book titled, More people, less erosion, share one of the best examples of this pattern in Africa. In the Kikuyu area of Kenya’s highlands, communities and the environment are not at odds. Clearly, more study and indepth analyses of this observation in the Sahel is needed. 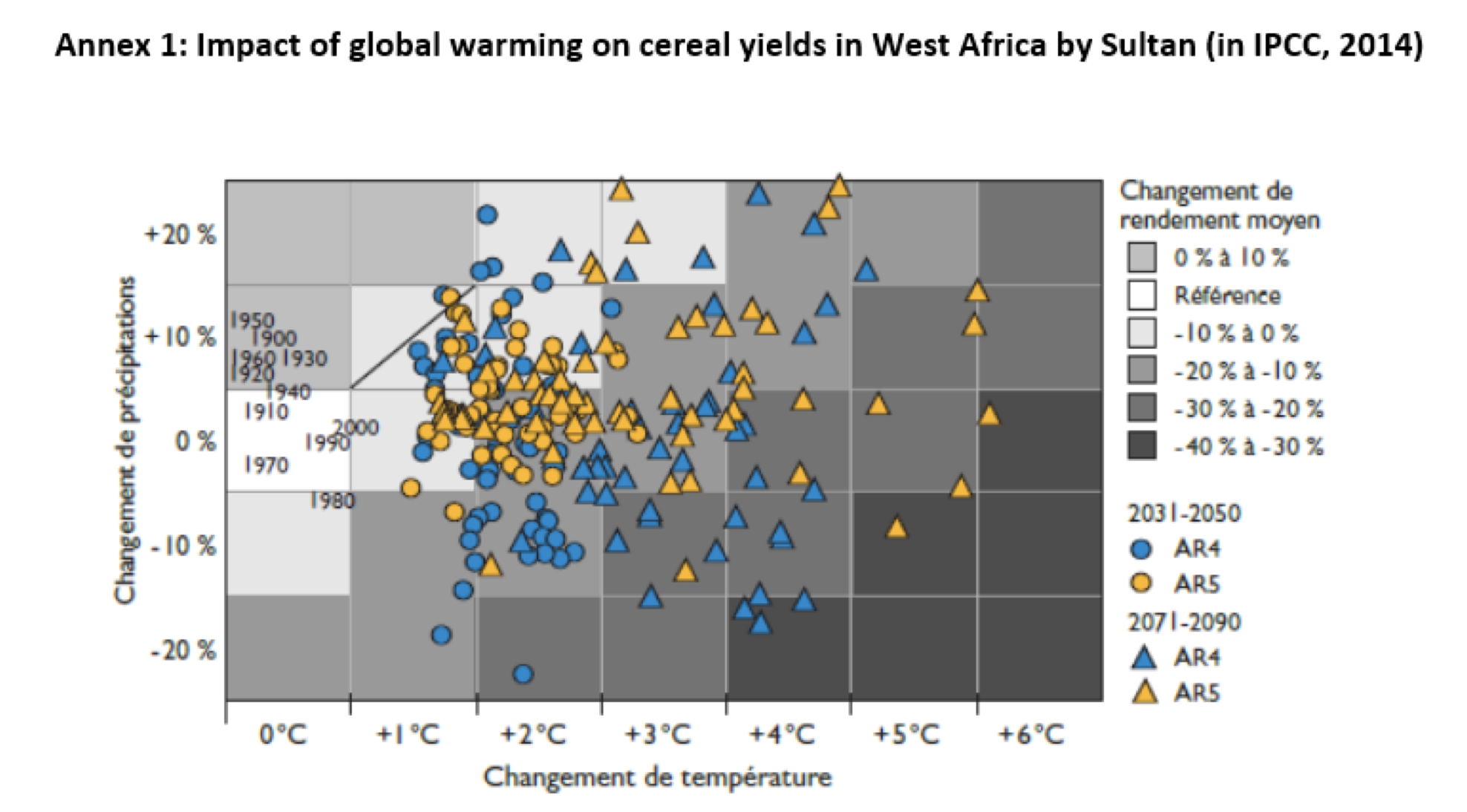 If the trend continues, these changes mean West Africa, and the Sahel in particular, is likely to be more resilient now than it was during the great drought. Only in the Sahel, for example, did crop yields more than double without a significant increase in fertilizer use between 2000 and 2020. It could also mean that the environment and communities in the Sahel will be more able, than others on the Planet, to bear global warming.

Recent research studies show that in most of West Africa, the recovery of the rainfall, the regreening and the progressive and long stream of recuperation are linked, and should be viewed as evidence of a positive trend in the entire area. But it needs to be monitored in the middle- and long-term before it is presumed that a global resilience stage is starting. This is important because the intensity of rainfall compared to what is considered the average, is increasing significantly as are the number of extreme events. Both could lead to negative impacts.

A growing number of scientific research papers is documenting the regreening of the Sahel, reflecting an increase in both grasses and trees. West Africa is also seeing a rapid extension of mangrove forests. UNCCD, together with partners such as the Global Environment Facility, is working on initiatives in the region including the Great Green Wall.