In our first edition of 2021, we list 17 major United Nations events to look out for this year. Please note that this is by no means an exhaustive list and a number of events were planned for 2020 and have been rescheduled to take place this year.

To kick off the year, on 28 January, UN Secretary-General António Guterres will address the General Assembly on the priorities of the organization in 2021, noting that a central ambition will be to build a global coalition for carbon neutrality – committing to net zero emissions by 2050. Watch out for it on UN WebTV.

2020 was not only the year of the pandemic, it was also the year of record temperatures and growing climate impacts: floods, droughts, storms, wildfires and locust plagues, says the UN Environment Programme.

In its latest the Adaptation Gap Report, the organization will look at global progress on adaptation to the inevitable effects of climate change – from planning and financing to implementation, with a special focus on nature-based solutions. Adaptation, which helps countries vulnerable to climate change increase their ability to absorb impacts and remain resilient, remains a key pillar of the Paris Agreement for Climate Change.

Following the report, there will be an online global conference to accelerate, innovate and scale up the world’s adaptation efforts, heeding to the UN Secretary-General’s call for more ambition and action. Hosted by the Netherlands, the Climate Adaptation Summit 2021, which will take place from 25 to 26 January, will bring together global leaders from the public and private sectors.

Look out for the fifth session of the UN Environment Assembly – a global gathering to take place under the theme, “Strengthening Actions for Nature to Achieve the Sustainable Development Goals,” from 22 to 23 February.

For more information, visit the United Nations’ web-portal on climate action as well as UNEP’s plans for 2021 to strengthen the relationship between people and the planet.

2. Launch of the World Economic Situation and Prospects 2021 | 26 January

The latest World Economic Situation and Prospects warns that despite the temporary boost from stimulus measures in response to the devastating economic and social impacts of COVID-19, rising levels of poverty, inequality and debt, falling trade and investments and low productivity continue to throw roadblocks in efforts to create a robust economic rebound. This flagship UN report, issued in January and May (mid-year review), looks at the short to long-term impact of the pandemic on the world’s economy.

Ahead of the launch of the report, the UN Secretary-General will participate in the World Economic Forum’s first Davos Agenda dialogues – when global leaders are expected to discuss innovative and bold solutions to stem the pandemic and drive a robust recovery.

3. Commission on Social Development | 8 to 17 February

Due to the digital divide, nearly half the world’s population has been denied opportunities to study, communicate, shop, work and participate in much of modern life, including close to half a billion students affected by school closures.

While the COVID-19 pandemic has shown the importance of digital technologies and the benefits of connectivity, it has also exacerbated inequalities. The two-week long annual session of the UN Commission will look at how digital technologies can be harnessed to support human development, now more than ever.

During this period, the UN Department of Economic and Social Affairs will launch its World Social Report.

The annual Commission on the Status of Women (CSW) will focus on the need for women’s full and effective participation and decision-making in public life. UN Women also plans to convene its Generation Equality Forum which will take stock of progress and chart the way forward to realize gender equality before 2030. The global multistakeholder gathering will kick-off in Mexico City from 29 to 31 March and culminate in Paris in June.

Don’t forget to check out the organization’s multigenerational campaign, Generation Equality: Realizing Women’s Rights for an Equal Future, which was launched in 2020 to mark the 25th anniversary of the adoption of the historic Beijing Declaration and Platform for Action – considered the most visionary agenda for women and girls’ rights.

International Women’s Day will be observed ahead of CSW on 8 March under the theme “Women in leadership: Achieving an equal future in a COVID-19 world.”

According to the UN Children’s Fund, dramatic gains in water and sanitation are possible in just a few years with greater investment, sustained effort and increased rates of sanitation coverage. Learn more about the latest State of the World’s Sanitation.

Jointly produced by more than 60 UN agencies and international organizations, the report analyzes national and international financial systems and their impact on addressing some of the most defining problems of our time such as healthcare, climate change and poverty.

The report will inform the annual UN Forum on Financing for Development (12 to 15 April), where countries will decide on measures necessary to mobilize financing for the Sustainable Development Goals.

Officially called the Conference of Parties (COP) to the Convention on Biological Diversity, the gathering, originally scheduled for 2020, will be a critical opportunity to negotiate and adopt a new global biodiversity framework – that can advance progress on the conservation, restoration, and sustainable and equitable use of biodiversity. It will also highlight the importance of placing nature-based solutions at the heart of the global development agenda.

Countries had until last year to reach the targets of the last framework, known as the Aichi Biodiversity Targets. Despite some progress, the targets – which range from stopping species from extinction to cutting pollution and preserving forests – were not achieved. The post-2020 framework will be critical to address the ongoing decline in biodiversity. Basically, the framework is to biodiversity what the Paris climate accord is to global warming.

The annual Sustainable Development Goals Report provides the latest data on the world’s implementation efforts to date, highlighting areas of progress and areas where more action needs to be taken to ensure no one is left behind. This year’s report is expected to further document the impact of the COVID-19 pandemic on the realization of the Goals.

The report is prepared by the Statistics Division of the UN Department of Economic and Social Affairs, with input from international and regional organizations and the United Nations system of agencies, funds and programmes. Several national statisticians, experts from civil society and academia also contribute to the report.

Every year, ministers, mayors, CEOs and civil society leaders gather at the UN High-level Political Forum to take stock of progress, report on efforts, share best practices, strengthen partnerships and alliances to achieve the Sustainable Development Goals. This year’s Forum, as expected, will focus on the much-needed sustainable and resilient recovery from the pandemic and efforts to get back on track to achieve the SDGs by 2030.

The Ocean Conference will be a call for action – urging global leaders and all decision-makers to boost ambition, mobilize partnerships and increase investment in science-driven and innovative approaches as well as employ nature-based solutions to reverse the decline in ocean health.

2021 also marks the start of the UN Decade of Ocean Science for Sustainable Development (2021 to 2030) – to propel the much needed science-based innovative solutions needed to start a new chapter of global ocean action.

Read a new interview with the UN Special Envoy for the Ocean, Peter Thomson, on how the health of the ocean will ultimately determine the survival of humankind on Earth.

The General Assembly will kick off its year-long 76th session with an array of high-level events, including the SDG Moment and the High-level Dialogue on Energy. Check out the 75th General Assembly session’s list of plenary and high-level meetings expected to take place before September.

TheSDG Moment is an annual event convened by the UN Secretary-General at the opening of every session of the General Assembly, starting in 2020, as mandated by the 2019 SDG Summit outcome document.

The event highlights actions and solutions by UN Member States and other stakeholders that can drive the transformative change needed and steer the world back on track to meet the Sustainable Development Goals. Related events, such as theSDG Action Zone and theSDG Media Zone, are expected to provide space for deeper conversations and further amplification of key messages and calls to action through global media partners.

The first global gathering on energy since the UN Conference on New and Renewable Sources of Energy in 1981 aims to catalyze innovative solutions, investments and multi-stakeholder partnerships in support of the Sustainable Development Goals and Paris Agreement on Climate Change.

The Dialogue under the auspices of the General Assembly will focus on five main themes – energy access, energy transition,  action to advance the entire sustainable development agenda, capacity building and data, as well as finance and investment. There will also be the selection of global champions on the themes who will spearhead advocacy efforts as well as energy compacts tracking progress towards 2030.

The Secretary-General is convening the Food Systems Summit to launch bold new actions to transform the way the world produces and consumes food, delivering progress on all 17 Sustainable Development Goals.

The Summit and its ongoing Dialogues highlight the fact that we all must work together to transform the way the world produces, consumes and thinks about food. It is a summit for everyone everywhere – a people’s summit. It is also a solutions summit that will require everyone to take action to transform the world’s food systems.

Did you know that 95 percent of the world’s transport energy still comes from fossil fuels, making it one of the largest sources of air pollution?

Thesecond conference on sustainable transportation, convened by the UN Secretary-General and originally scheduled for 2020, will allow global leaders to make bold and innovative steps in rethinking transport systems from design, technology, road safety to consumption patterns. It will strengthen commitments for greater investment in greener, more sustainable transport systems.

The 26th Conference of the Parties to the UN Framework Convention on Climate Change (COP26) will be a key moment for the implementation of the Paris Agreement on Climate Change, which was adopted at COP21 and every five years requires parties to present more ambitious nationally determined contributions to cutting greenhouse-gas emissions. Hosted by the UK in Glasgow, the conference will review progress made toward net zero emissions, and accelerate further action towards the goals of the Paris Agreement and the UN Framework Convention on Climate Change.

Population estimates and projections in the World Population Prospects report have been widely considered the world’s most authoritative dataset on population trends and statistics. Since 1951, the report presents a comprehensive set of demographic data to assess population trends at the global, regional and national levels. 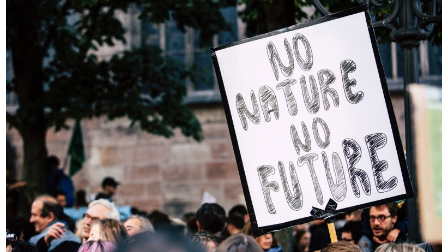