More than two billion people are living in countries under water stress and 3.6 billion people face inadequate access to water at least one month per year. Meanwhile, water-related hazards have increased in frequency for the past 20 years. Since 2000, flood-related disasters have increased by 134%, and frequency of droughts increased by 29%. Integrated Water Resources Management (IWRM) is vital to achieving long-term social, economic and environmental well-being. But, although most countries have advanced their level of IWRM implementation, 107 countries remain off track to hit the goal of sustainably managing their water resources by 2030 (UN SDG 6).

The latest report on the State of Climate Services, for water, explores the progress made by WMO Members in using climate services to address water-related challenges. The report highlights the gaps in user engagement, forecasting, observing networks, and data collection that still exist. The 90-minute launch program, curated by WMO, will feature interventions by some of the report’s contributing organizations. An audience of hundreds of participants, representing a wide range of stakeholders engaged in implementing or supporting the application of climate services for effective adaptation in the water sector, is expected.

Geneva 5 October 2021 - Water-related hazards like floods and droughts are increasing because of climate change. The number of people suffering water stress is expected to soar, exacerbated by population increase and dwindling availability. But management, monitoring, forecasting and early warnings are fragmented and inadequate, whilst global climate finance efforts are insufficient according to a new multi-agency report.

The State of Climate Services 2021: Water highlights the need for urgent action to improve cooperative water management, embrace integrated water and climate policies and scale up investment in this precious commodity which underpins all the international goals on sustainable development, climate change adaptation and disaster risk reduction.

“This past year has seen a continuation of extreme, water-related events. Across Asia, extreme rainfall caused massive flooding in Japan, China, Indonesia, Nepal, Pakistan and India. Millions of people were displaced, and hundreds were killed. But it is not just in the developing world that flooding has led to major disruption. Catastrophic flooding in Europe led to hundreds of deaths and widespread damage,” he said.

“Lack of water continues to be a major cause of concern for many nations, especially in Africa. More than two billion people live in water-stressed countries and suffer lack of access to safe drinking water and sanitation,” he told the official high-level launch event.

“We need to wake up to the looming water crisis,” said Prof. Taalas.

The report was coordinated by WMO and contains input from more than 20 international organizations, development agencies and scientific institutions. It is accompanied by a Story Map.

According to figures cited in the report, 3.6 billion people had inadequate access to water at least one month per year in 2018. By 2050, this is expected to rise to more than five billion.

In the past 20 years, terrestrial water storage – the summation of all water on the land surface and in the subsurface, including soil moisture, snow and ice – has dropped at a rate of 1cm per year. The biggest losses are occurring in Antarctica and Greenland, but many highly populated lower latitude locations are experiencing significant water losses in areas that are traditionally providing water supply, with major ramifications for water security.

The situation is worsening by the fact that only 0.5% of water on Earth is useable and available freshwater.

Water-related hazards have increased in frequency over the past 20 years. Since 2000, flood-related disasters have risen by 134% compared with the two previous decades. Most of the flood-related deaths and economic losses were recorded in Asia, where end-to-end warning systems for riverine floods require strengthening.

The number and duration of droughts also increased by 29% over this same period. Most drought-related deaths occurred in Africa, indicating a need for stronger end-to-end warning systems for drought in that region.

The report makes strategic recommendations for policy makers to improve the implementation and effectiveness of climate services for water worldwide: 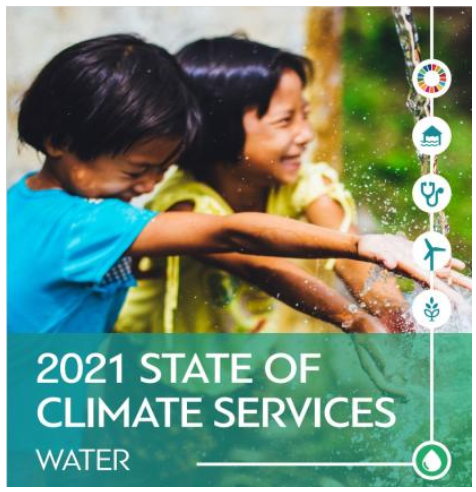