3 ways in which gender equality interlinks with climate migration as an adaptation strategy - Exploring the links between migration, the environment and SDG 5

Why is gender relevant in climate and environmental migration?

Climate change, environmental degradation and disasters do not affect everyone equally; gender, age, ethnicity, and income level, among other factors, can influence how individuals experience and are affected by environmental stress.

Women in contexts of deep-rooted gender inequality, as well as children, the elderly, people with disabilities, and those belonging to ethnic minorities are at disproportionate risk of being affected by the impacts of both sudden and slow onset events and processes (e.g. hurricanes, storms, floods, land degradation, rising temperatures, and sea-level rise among others). Gender roles and responsibilities, together with a deep economic and social gender inequalities and underrepresentation in decision-making at various levels, can put women in conditions of vulnerability. When extreme events, such as storms and floods, occur, for example, poor women are 14 times more likely to die than men; this is due to factors including higher responsibilities at home, little decision-making power within the family, and lack of education or access to information. These factors have hardly been considered in prevention, preparedness and responses to disasters and climate impacts which have mostly been designed and implemented by men.

Gender inequality can also shape women’s migration decision-making in slow-onset situations and create barriers that often limit women’s opportunities to use migration as an adaptation strategy. This does not mean that men are not vulnerable to environmental stress, but rather that women often find themselves in a more vulnerable position due to deeply rooted imbalanced power relations and gender roles.

Equally when they migrate, women experience migration differently to men, facing higher vulnerability to risks such as abuse, violence, discrimination and exploitation in situations of displacement as well as in labour migration (often as domestic workers), and along the migration route, more in general.  The risk of increased gender-based violence (GBV) affects women regardless of their income levels, for instance, in the year following 2005 Hurricane Katrina in the United States, the rate of GBV experienced by women more than tripled, with many of them living in temporary shelters.

Overall, the vulnerability of women, whether migrating or not, in the context of climate and environmental change and disasters has been thoroughly reported. A key takeaway from this discussion should be that far from being intrinsic to being a woman, gendered vulnerabilities (and mobility options) must be understood as part of larger psychosocial factors including gender identity, patriarchal attitudes, religious or traditional practices, shame and honour, gendered division of labour, and internal psychological processes, such as feelings and emotions.

However, less research seems to have focused on the positive role of women in climate change adaptation (CCA) and disaster risk reduction (DRR) when they have mobility options as well as when they remain at home.

This article focuses on the opportunities that can arise when gender equality is brought forward in migration, climate change adaptation and DRR policies and programmes. It highlights three main ways in which SDG5 on “gender equality” could help to achieve greater and more sustainable outcomes in the context of migration as a climate change adaptation and/or DRR strategy. Read further from the source IOM

What can international priorities tell us?

Integrating gender perspectives in migration, climate change adaptation and DRR policies and programmes is crucial to achieving the SDG 5 on gender equality, building back better and leaving no one behind, as pledged by the 2030 Sustainable Development Agenda. This requires governments and relevant stakeholders to adopt inclusive, gender-responsive and human rights-based solutions and approaches.

At the international level, the Global Compact for Safe, Orderly and Regular Migration (GCM) offers some guidance in this direction by calling for the recognition of women’s independence, agency and leadership in migration and for moving away from the narrative of victimhood. Equally, the Sendai Framework for Disaster Risk Reduction 2015 - 2030 encourages women’s participation and leadership in the design and implementation of disaster risk reduction policies, plans and programmes. Last but not least, the 1995 Beijing Declaration and Plan of Action, a milestone in the advancement of gender equality, also highlights a strong connection between women and the environment and emphasizes the importance of including women’s voice in policy formulation and decision-making, especially in relation to natural resource management. Therefore, international instruments set a clear framework of reference to develop and implement gender-responsive policies and programmes at the regional, national and local levels. Read further from the source IOM

Women represent over 40 per cent of the agricultural labour force in the developing world and the main force behind subsistence production in many communities. Women, especially indigenous women, also tend to have particular knowledge of ecological linkages and fragile ecosystem management. However, globally, women constitute less than 15 per cent of landholders and a significantly smaller number of landowners than men, meaning that they have little influence on the management of land and natural resources. Read further from the source IOM

Women are not always free to choose whether to migrate or not, either because they lack the resources or because patriarchal social structures prevent them to do so. When they do migrate, women’s choice is often restricted to occupations in the domestic sphere or care work.

Women’s migration can however contribute valuable assets to the household’s capacity to adapt to climate change, including financial remittances, skills, knowledge, and technology transfers. Read further from the source IOM

Reintegration of returning migrants, just like migration, is a gendered process. Not only is the return decision often taken by men, but reintegration is also often more difficult for women than for men. Read further from the source IOM

Climate change, environmental degradation and disasters can affect women disproportionately because of socio-cultural gender inequalities and power relations, with repercussions on entire societies. Not all women, however, are equally vulnerable, as vulnerability is largely a function of the degree of gender inequality they experience, as well as other factors.

Commitment to gender equality in the design and implementation of migration, climate change adaptation and DRR policies and programmes can help address the environmental drivers of migration and increase the resilience and adaptation of communities at large, while also helping to address the root causes of vulnerability.

SDG 5 can be a catalyst for positive change if women have more access to land rights and information about green farming practices. They can also better contribute to sustainable development and climate resilience when their agency is recognized, and they have more freedom and options to move, as advocated by international migration and DRR instruments. Finally, future programmes should pay more attention to women returnees and help them attain a role in the creation of environmentally sustainable communities. Effective climate change adaptation, well-managed migration, and gender equality bring everyone to the table, recognizing the value of women's knowledge and their potential as agents of change. Read further from the source IOM

Read further from the source IOM 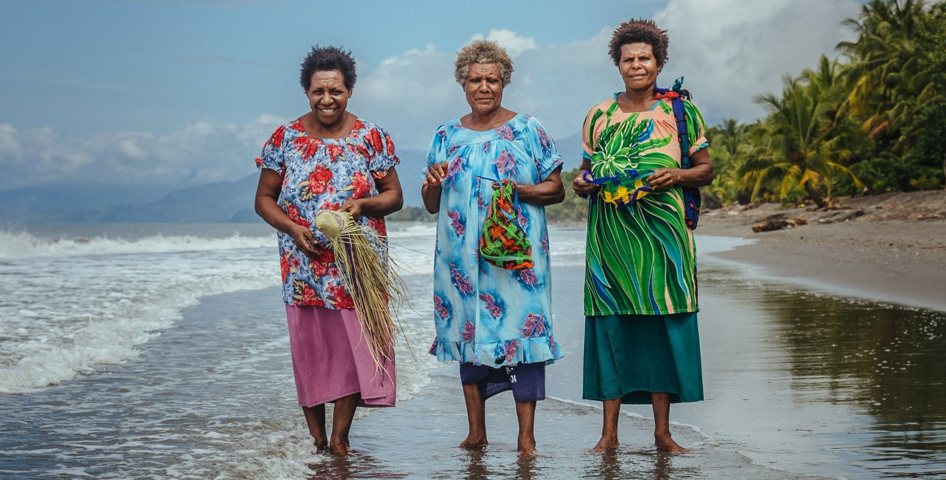