On the occasion of the special 'Africa 2020' year, the African Studies Centre Leiden  and its Library have made several knowledge products relating to 60 years of independence: a thematic map 'Africa at 60'; a web dossier on African Leaders of Independence; an overview of the 17 countries that gained independence in 1960, offering web resources and selected open access publications; and infosheets about the countries that became independent in 1960.

The African Studies Centre Leiden is the only academic institution in the Netherlands dedicated solely to the study of Africa. In 2016 the ASCL became an integral part of Leiden University, as an interfaculty institute, with its own research agenda, library acquisition policy, and teaching profile.

Rapid population growth
Africa may currently be considered to be a minor player on the international stage of economy and politics, yet its role appears set to increase dramatically in the coming decades, if only on account of its remarkable population growth. This undiminishing upsurge in population will lead to economies of scale and numbers that cannot be overlooked. In 1960, the African continent had 285 million inhabitants. Nearly sixty years later the population of Africa exceeds 1.3 billion, and is set to grow to 2.5 billion by 2050. This rapid population growth has led to urbanisation on a scale previously not experienced in Africa.

Mega-cities and new economies
Africa is in flux, partly as a consequence of demographic change, environmental degradation and insecurity, millions of people are on the move in Africa. The tremendous population flows and spectacular urbanisation rates on the continent are in part a direct consequence of the collapse of rural livelihoods, be they in farming, fishing or pastoralism. Africa’s future, it seems, will be an urban one. Central to Africa’s urbanisation are the rural-urban linkages, new economies, forms of governance, culture and society, that allow for and enable people to live in mega-cities in excess of ten million inhabitants.

Changing geo-political context
In summation, rapid and sustained demographic change across the African continent, has driven hitherto unseen rates of urbanisation, ever expanding economies of consumption, and exacerbated environmental change. This has taken place in an ever-changing geo-political context in which the hegemony of the West has increasingly been brought into question. To facilitate independent scientific research and documentation, of this ‘Strident Africa’, which will allow us to understand and contextualise the dramatic changes of the continent and its peoples, and to disseminate these findings to the academy, ministries, and as broad an audience as possible will continue to be the core task of the ASCL.

Research Programme 2019-2024 Strident Africa: Societal and Environmental Change in the Context of 50 Centuries of History

Strident Africa, the overarching research programme of the African Studies Centre Leiden for the years 2019-2024, outlines the research structures as they exist within and beyond the ASCL, and provides a background to and motivation for the research programme.The Netherlands has a long and enduring relationship with the African continent and a substantial proportion of its population is of African descent. 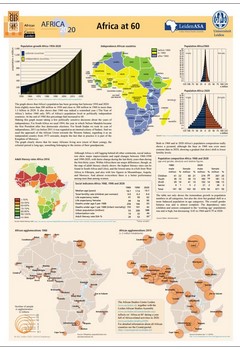