This report provides a comprehensive and holistic picture of prosperity across the African continent.. Prosperity entails much more than wealth. It reaches beyond the financial into the political, the judicial, the wellbeing, and the character of a nation — it is about creating an environment in which people are able to reach their full potential. A nation is prosperous when it has an inclusive society with strong institutions, an open economy, and empowered people who are healthy, educated and safe.

We believe that there is insight to be gained in examining the holistic drivers of prosperity and measuring their prevalence on the continent. With the generous support of Delta Philanthropies, we have created this Africa Prosperity Report, analysing and measuring the prosperity of each African nation, based on the Legatum Prosperity IndexTM.

The authors have analysed the performance of each country using 12 pillars of prosperity, comprising 65 different policy-focused elements, measured by close to 300 discrete country-level indicators, using a wide array of publicly available data sources. We hope to add to, and not subtract from, the efforts underway to measure progress on SDG indicators, offering a tool to measure holistically the institutional, economic, and social components of prosperity. This comprehensive set of indicators provides an incredibly rich dataset, allowing the potential of each country to be identified and understood. This in turn enables much more targeted policy responses that can drive tangible improvements in prosperity.

About:The Legatum Institute is a London-based think-tank with a global vision: to see all people lifted out of poverty. Our mission is to create the pathways from poverty to prosperity, by fostering Open Economies, Inclusive Societies and Empowered People 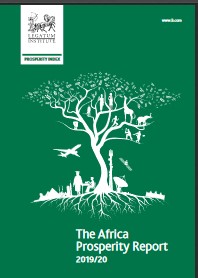