Atlas of Migration: the majority of migrants from Central America come from rural areas

The report, which analyzes the main characteristics of migration in the subregion, was presented today at a press conference in the frame of the Intergovernmental Conference on the Global Compact for Migration.

“Massive irregular migration of the kind that we have been seeing in the past months is a direct consequence of food insecurity, climate shocks, the erosion of the social fabric, and lack of economic opportunities in the rural villages and territories of these countries”, explained Kostas Stamoulis, Assistant Director-General of the Economic and Social Development Department at FAO at the launch of the Atlas.

According to the report, between 2000 and 2012, there was a substantive increase -of almost 59%- in the number of people migrating from Guatemala, Honduras and El Salvador.

According to the ECLAC/FAO report, there are deep ties between the rural world and the current trends in migration: two thirds of the unaccompanied minors from El Salvador left from rural areas; slightly more than half of the remittances sent to Guatemala by migrants go to rural households; only 11 % of returnees from Honduras and 15 % Mexico go back to cities, the rest go back to rural areas.

“The rural territories of El Salvador, Guatemala, Honduras and Mexico can definitely support the livelihoods of the majority of the families that today are under pressure to leave.  We say this because we know it to be true, from the experience of many countries around the world that, with the support of FAO and other partners, have revitalized their rural areas”, said Kostas Stamoulis.

ECLAC and FAO called on countries to create the conditions for rural families to have the right to decide if they want to leave or they want to stay. 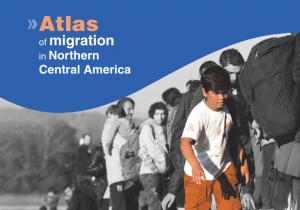