‘The Climate Crisis is a Child Rights Crisis: Introducing the Children’s Climate Risk Index (CCRI), utilizes data to generate new global evidence on how many children are currently exposed to underlying vulnerabilities and climate and environmental hazards, shocks and stresses. The resulting index gives us a comprehensive view of climate risk from a child’s perspective and provides a ranking of the places where children are at the most imminent threat

The report outlines multiple critical points, including that;

Importantly, the report also includes the voices and perspectives of young people, who are on the front line of both the crisis and calling for climate action, as well as two forewords – one from UNICEF Executive Director Fore and one from the youth climate movement Fridays For Future including Greta Thunberg and three young activists from Mexico, Bangladesh and Kenya.

Recognizing the criticality of children and young people in the climate change agenda, UNICEF has launched the report today - Friday 20 August  - as it marks the 3-year anniversary of the first School Strike for Climate/ Fridays for Future protests, which have become a key way young people are demanding climate action.

While our report focused on the impacts on children, our strong asks to decision makers, business, governments are all actors are consistent with you all including; 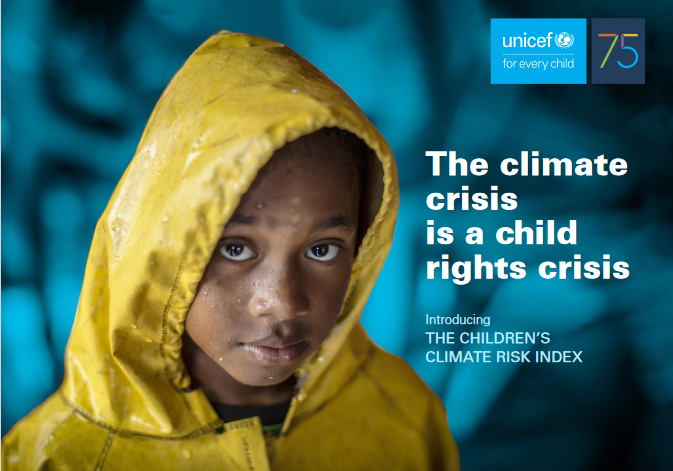