The book is a dedication to the 20 years anniversary of the UNCCD coming into force in 1996 and 40 years anniversary since the United Nations Conference on Desertification in 1977, a concerted effort of scientists from Russia, China and Israel.

The encyclopedia provides the holistic overview of deserts and desertification phenomenon, particularly information about drylands and their diversity, about the history of their study and development, as well as about practical solutions for improving people's livelihoods in drylands.

The encyclopedia is intended for scientists, specialists involved in the study of deserts and desertification processes, university students, students of schools and colleges, and anyone who is interested in this topic. 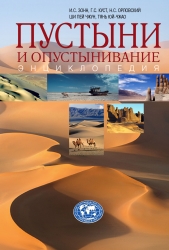