In the study "Reducing and Redistributing Unpaid Work: Stronger Policies to Support Gender Equality" the authors find that unpaid work declines as economic development increases particularly because there is less time spent on domestic chores. Social institutions and values can constrain the redistribution of unpaid work by preventing men from sharing the burden at home.

It’s no secret that women disproportionately shoulder the burden of unpaid work. Less well understood is just how many more unpaid hours women put in than men on a given day. Women do 4.4 hours of unpaid work on average around the world and men only 1.7 hours.

There are large differences across countries.

Expanding internet access to the entire population can help women take advantage of the gig economy and flexible work arrangements.

Governments need to ensure access to education and health care for women. Without proper human capital, women’s possibilities in the labor market are very limited.

"We must take action to repay our debt to nature and restore our land.Generating a tenfold return on our investment......exploitation of natural resources continues to widen the poverty gap instead of reducing it.And, while women are key to closing that gap, 90% of countries legally restrict their economic activity. For example, they make up 40% of farm workers, But only one in five women own their land and even fewer control it. Yet, lifting such restrictions would add 240 million jobs and $28 trillion to the economy by 2025. That’s like another US economy – and then some – within just six years. (UNCCD)
. 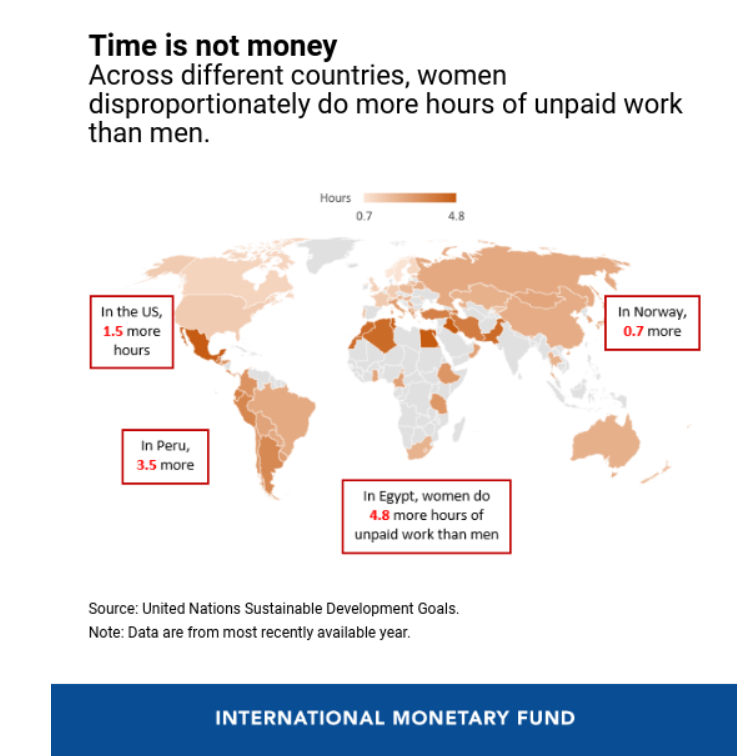