Emissions Gap Report 2021: The Heat Is On – A World of Climate Promises Not Yet Delivered

Methane emissions are the second largest contributor to global warming. The gas has a global warming potential over 80 times that of carbon dioxide over a 20-year horizon.

• Latest UNEP Emissions Gap Report finds new and updated Nationally Determined Contributions only take 7.5% off predicted 2030 emissions, while 55% is needed to meet the 1.5°C Paris goal
• Latest climate promises for 2030 put the world on track for a temperature rise this century of at least 2.7°C
• Net-zero commitments could shave off another 0.5°C, if these pledges were made robust and if 2030 promises were made consistent with the net-zero commitments

New and updated climate commitments fall far short of what is needed to meet the goals of the Paris Agreement, leaving the world on track for a global temperature rise of at least 2.7°C this century, according to the UN Environment Programme’s (UNEP) latest Emissions Gap Report 2021: The Heat Is On launched 26 October .

The report, now in its 12th year, finds that countries’ updated Nationally Determined Contributions(NDCs) – and other commitments made for 2030 but not yet submitted in an updated NDC – only take an additional 7.5 per cent off predicted annual greenhouse gas emissions in 2030, compared to the previous round of commitments.

Released ahead of the UN Climate Change Conference (COP26), the latest round of climate talks taking place in Glasgow, the report finds that net-zero pledges could make a big difference.

If fully implemented, these pledges could bring the predicted global temperature rise to 2.2°C, providing hope that further action could still head off the most-catastrophic impacts of climate change. However, netzero pledges are still vague, incomplete in many cases, and inconsistent with most 2030 NDCs.

“Climate change is no longer a future problem. It is a now problem,” said Inger Andersen, Executive Director of UNEP. “To stand a chance of limiting global warming to 1.5°C, we have eight years to almost halve greenhouse gas emissions: eight years to make the plans, put in place the policies, implement them and ultimately deliver the cuts. The clock is ticking loudly.”

As of 30 September 2021, 120 countries, representing just over half of global greenhouse gas emissions, had communicated new or updated NDCs. In addition, three G20 members have announced other new mitigation pledges for 2030.

The Emissions Gap Report 2021 shows that new national climate pledges combined with other mitigation measures put the world on track for a global temperature rise of 2.7°C by the end of the century. That is well above the goals of the Paris climate agreement and would lead to catastrophic changes in the Earth’s climate.

To keep global warming below 1.5°C this century, the aspirational goal of the Paris Agreement, the world needs to halve annual greenhouse gas emissions in the next eight years.

If implemented effectively, net-zero emissions pledges could limit warming to 2.2°C, closer to the well-below 2°C goal of the Paris Agreement. However, many national climate plans delay action until after 2030. The reduction of methane emissions from the fossil fuel, waste and agriculture sectors could help close the emissions gap and reduce warming in the short term, the report finds.

Carbon markets could also help slash emissions. But that would only happen if rules are clearly defined and target actual reductions in emissions, while being supported by arrangements to track progress and provide transparency. 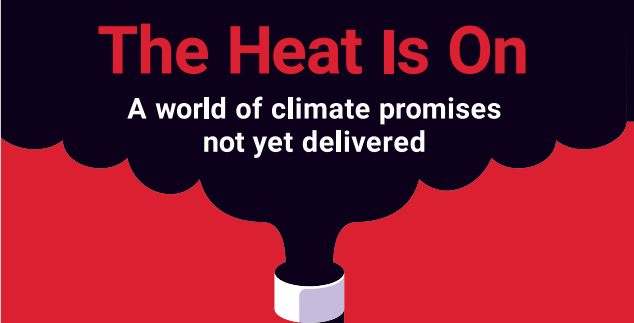 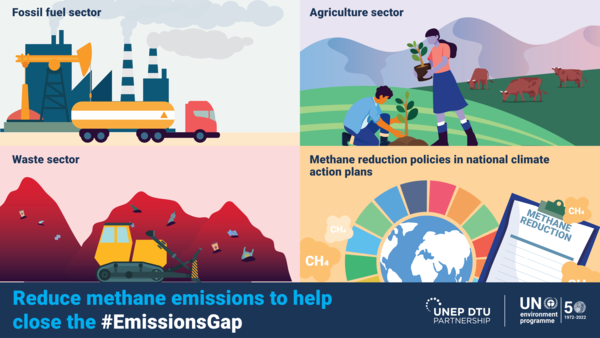