Humans have greatly valued fertile land ever since the Neolithic revolution, with civilisations built around productive soils, and wars fought over them. Today, half a century of chemical-fuelled, intensive agricultural production is taking its toll on the world’s soils, causing them to degrade dramatically.  Agriculture is effectively killing off the underground ecosystems that make for healthy, fertile soil.

Healthy soils are actually species-rich habitats harbouring thousands of different species including fungi, bacteria and invertebrates. These species are the engine that drives the carbon, nitrogen and water cycles essential for soil to produce food. Soil takes hundreds of years to form, but can be eroded easily by wind and water when soil biodiversity is lost.

A third of the Earth’s land is now moderately to highly degraded, and two thirds of this degradation can be attributed to the agricultural sector. The UN has warned that we only have 60 more years of farming left if current levels of soil degradation continue.

Achieving the UN’s ambitious goal of land degradation neutrality by 2030 requires us to change the way we value soil, as outlined in a newly published IUCN brief on Soil Biodiversity and Soil Organic Carbon. Land users should be paid for conserving this public good, rather than purely for the food and other commodities they produce. Governments have a leading role to play in ensuring that farmers and others use land sustainably, through subsidies and other means. (Jonathan Davies, Ph.D. Coordinator, Global Drylands Initiative, Global Ecosystem Management Programme, IUCN (the International Union for Conservation of Nature) 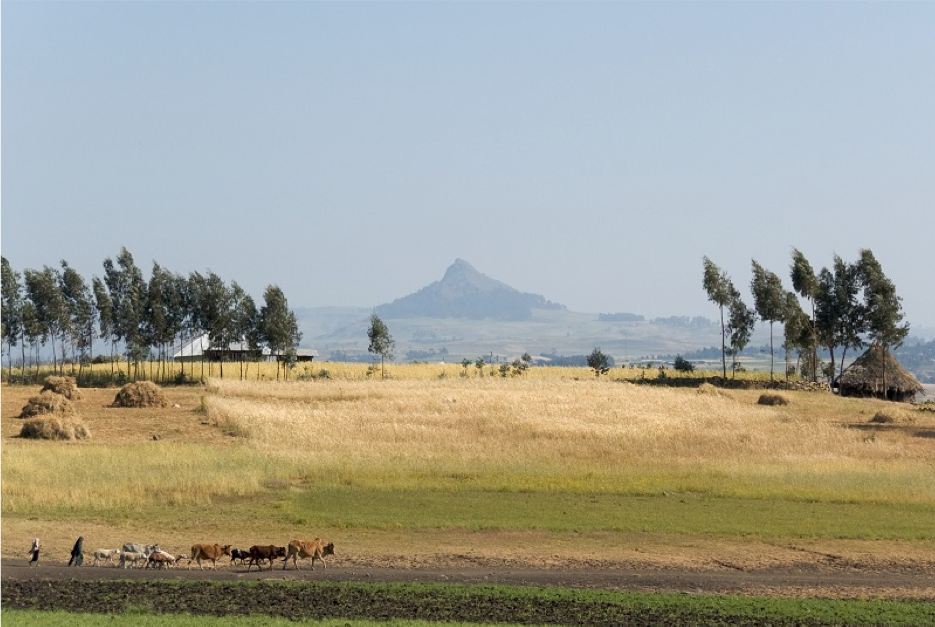 Ethiopia has set ambitious targets for protecting and restoring cropland and grassland. Credit A. Davey CC2.0

Read further by following the link to Thomson Reuters Blog