The State of Food and Agriculture 2018 states that migration must be a choice and not a necessity. Migration, agriculture and rural development policies should be coherent to ensure safe, orderly and regular migration. The report also calls for efforts in peace- and resilience-building to help communities better withstand crises and not be forced to move, and lays out actions for different country contexts. These recommendations are based on an in-depth analysis of the complex aspects of migration, many of which are overlooked in the current public debate on international migration. The main findings of this analysis include the following:

Based on these and other findings, the authors argue that migration is an important part of rural development that must be managed rather than prevented. Read further from the source (IISD) 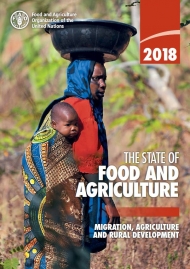