Achieving human well-being and eradicating poverty for all of the Earth’s people—expected to number eight and a half  billion by 2030—is still possible, but only if there is a  fundamental—and urgent—change in the relationship between people and nature, and a significant reduction in social and gender inequalities between and inside countries, according to a new United Nations report by an independent group of scientists  to be launched at the 2019 SDG Summit.

Achieving land degradation neutrality can contribute to accelerating the achievement of the Sustainable Development Goals. Restoring the soils of degraded ecosystems has the estimated potential to store up to 3 billion tons of carbon annually. Climate-smart land management practices, including low-emissions agriculture, agroforestry and restoration of high-carbon-value ecosystems, such as forests and peatlands, nearly always come with adaptation co-benefits.

By 2025, 1.8 billion people will experience absolute water scarcity and two thirds of the world population will be living under water-stressed conditions. The situation will ultimately deteriorate if no interventions are carried out, especially since demand for water is expected to increase by 50 per cent. As populations increase, especially in dryland areas, more and more people are becoming dependent on freshwater supplies in land that are becoming degraded. Drought and water scarcity are considered to be the most far-reaching of all natural disasters, causing short- and long-term economic and ecological losses.Restoring land raises groundwater levels, increases crop yields and induces positive changes in the fauna of the region, as exemplified by recent evidence from Ethiopia and Niger.

Equitable land governance as an integrated pathway to sustainable development. Land lies at the nexus of crucial societal and environmental challenges and opportunities to address food security and livelihoods, poverty, women’s empowerment, access to water, biodiversity loss and climate change among others. Land provides the bridge between the Sustainable Development Goals, as decisions on land use, governed by social interactions among stakeholders and institutions, can serve as the very pathways through which the well-being of humans and nature can be secure....More and more, land is a limited resource with multiple, growing, and competing claims by new and old actors alike. As land rents and food prices rise, forests continue to be lost, and land degradation has become a major global challenges.

Governments should take immediate action to support land degradation neutrality so as to benefit food security, biodiversity and farmers’ livelihoods and mitigate climate change. The transition to sustainable land-management practices, requires sectoral coordination and investments in integrated land-use planning. An evidence-based framework for accounting for carbon debits and credits are essential for measuring progress. Future carbon accounting frameworks need to cover all land uses and land-use changes so that the land-use sector’s mitigation contribution can be properly recognized.

Science and technology for sustainable development. Scientific evidence is a prerequisite for designing and implementing transformations to sustainable development. Given the urgency to act, the 2030 Agenda can serve as a shared compass to rapidly mobilize and harness the extensive knowledge available. The scientific community should develop new strategies and skills for collaboratively engaging with civil society, the public sector and businesses in order to pool available knowledge and align research agendas towards implementation of the 2030 Agenda. 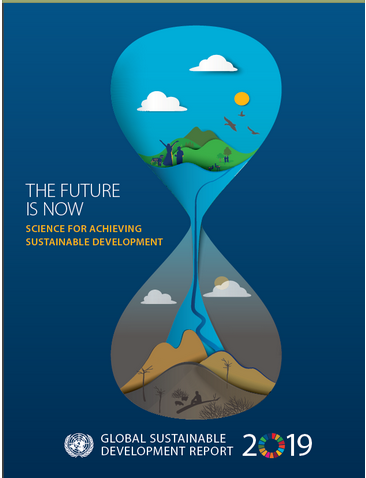