GOAL 15: Life on land- facts and figures, targets, why it matters

Terrestrial ecosystems provide a series of goods, raw materials for construction and energy, food and a series of ecosystem services including the capture of carbon, maintenance of soil quality, provision of habitat for biodiversity, maintenance of water quality, as well as regulation of water flow and erosion control, therefore contributing to reduce the risks of natural disasters such as floods and landslides, regulate climate and maintain the productivity of agricultural systems. Maintaining those ecosystems greatly support climate change mitigation and adaptation efforts.

Data and Statistics / Facts and Figures:

Why Goal 15: Life on Land matters?

Targets linked to the environment: 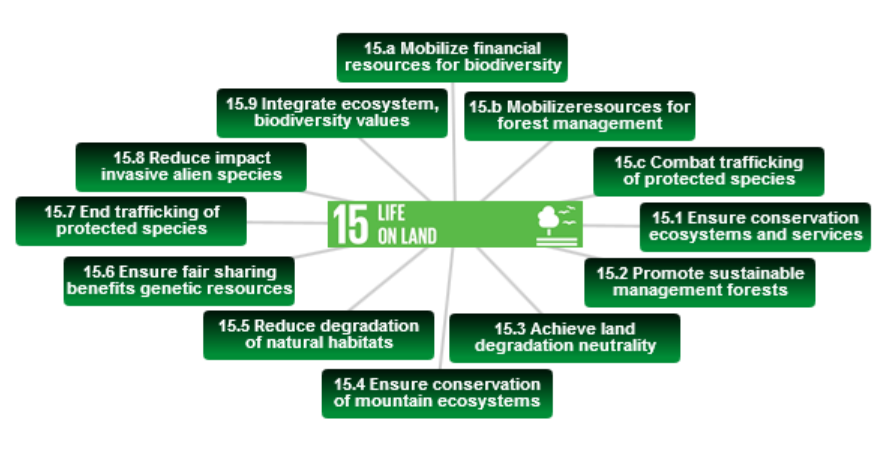