North Africa was the birthplace of the Arab uprisings in late 2010. This movement affected all the countries in the region, albeit to varying degrees. And while protestors asked in unison for deep political and economic changes, the various governments in North Africa responded differently to their demands. One critical question remains today: after eight years, what is left of the popular uprisings that shook North Africa? This issue of Great Insights will help you to answer this question.

Amid  rapid developments, largely unforeseen challenges emerged, notably radicalisation. Thousands left their countries in the Maghreb to join the ranks of extremist groups. Now, many Jihadis are coming back, which is stirring a debate in North Africa about how to deal with these returnees. Fatim-Zohra El Malki explores how the governments in Morocco, Tunisia, and Algeria are investing in legal reform and prison rehabilitation schemes to mitigate the risks likely to arise as IS fighters return to society.

Migration has for long been a key topic for rapprochement – and tensions – in the EU’s relations with its southern neighbours. While the EU wishes for stronger cooperation with these countries to reduce migrant flows, Maghreb countries are grappling with similar challenges, as Mehdi Lahlou argues. Morocco and Algeria are developing ways to address growing numbers of regular and irregular newcomers. In doing so they persevere in keeping their ties intact with both the EU and sub-Saharan countries. For the EU, boosting investment is central to reducing migration from the source countries

More about the Great Insights Magazine you can find here 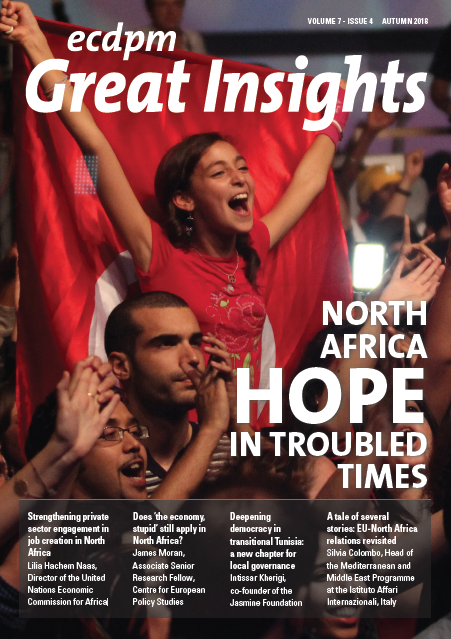