Hot off the press: The Africa's Protected Natural Assets Report

Nature provides goods and services for the well-being of people and economies worth 170 trillion US dollars every year – twice the global GDP.

Africa’s natural wealth underpins the continent’s current and future welfare. In addition to natural resources this wealth encompasses a broad range of benefits from nature to society. These ‘ecosystem services’ include clean water for growing cities, insect pollination for agriculture, medicinal plant products for medication, tourism potential, and others. Yet many African countries are facing urgent development needs and follow pathways which translate into high pressures on their natural environments. Climate change further catalyses socio-ecological instability. This leads to biodiversity loss and ecosystem degradation and, in consequence, puts Africa’s welfare and development potential at risk.

The Africa's Protected Natural Assets Report is a first of its kind and comprehensive assessment of the social and economic importance of conservation areas in Africa.

It is now clearer than ever that our destruction of nature not only causes serious harm to the planet, but also threatens the well-being and prosperity of people and economies. The next ten years will be crucial for protecting our natural wealth – in Africa and all around the world. The international community currently works on a new Global Biodiversity Framework under the UN Convention on Biological Diversity to adopt ambitious biodiversity targets until 2030. A critical building block for the transformation towards nature-positive development pathways is to recognize the economic and social importance of our natural capital and biodiversity.

The Green Value Initiative is the umbrella program of the German Federal Ministry for Economic Co-operation and Development (BMZ) on the value of nature in Africa. Pillar 1 of the initiative, "Africa's Protected Natural Assets", highlights the multiple values of con­servation areas in Africa for development and prosperity. Factsheet :  Green Value Initiative - Natural Capital in Africa

It aims to raise awareness among decision-makers and the public at large for the necessity to strengthen existing areas, to expand the coverage of protected land and seas and to increase investments in those areas as important assets of Africa’s natural capital. It therewith contributes to an ambitious new Global Biodiversity Framework developed under the UN Convention on Biological Diversity.

Few excerpts from the report:

Africa's population is set to double by 2050, accounting then for 20 per cent of the world's population. Africa is where the global markets, workforce and customers of the future will be found. Accordingly, the challenge is to turn to account the continent's potential and provide work and prospects for the young people living there.

The countries of Africa have set themselves a highly ambitious agenda for the socio-economic transformation they need to accomplish.

The agenda sets out that, by 2063, Africa will be "a prosperous [continent] with the means and resources to drive its own development, and with a sustainable and long-term responsibility for its resources". (Goal 1 of the African Union's Agenda 2063 (External link))

In order to help Africa realise this development agenda, we need an entirely new kind of collaboration, a political partnership between equals which offers support for Africa's own agenda. Africa needs African solutions. Therefore, the Federal Ministry for Economic Cooperation and Development (BMZ) has taken a new direction in its cooperation with Africa.

The Cornerstones for a Marshall Plan with Africa initiated by the BMZ were presented in early 2017 for discussion in an online dialogue with academics, businesspeople, and representatives from the Churches, society and politics. These cornerstones have since been used to create the conceptual and strategic framework for the BMZ's Africa policy. 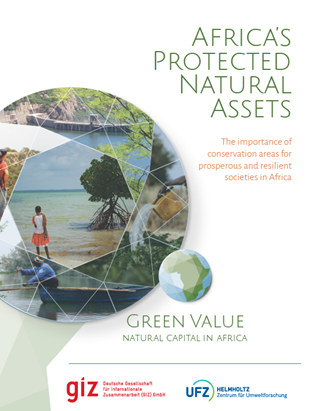 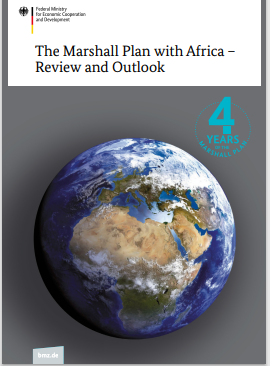