Hot off the press: Multi-agency report highlights the current and future state of the climate in Africa

Africa needs to prepare better for climate change by responding to a wide range of potential risks. Agriculture is the backbone of Africa’s economy and accounts for the majority of livelihoods across the continent. Africa is therefore an exposure and vulnerability “hot spot” for climate variability and change impacts.

One promising approach throughout the continent to reducing climate related risks and extreme event impacts has been to: reduce poverty by promoting socioeconomic growth, in particular in the agricultural sector.

Women constitute a large percentage  of the world’s poor, and about half of the women in the world are active in agriculture – in developing countries, this figure is 60%, and in low-income, food-deficit countries, 70%.

Reducing poverty by means of growth in Africa’s agricultural sector is therefore of particular benefit to women. It also may be the case that in some instances, women do not have access to weather and climate services; it is important that all individuals be provided with access to these services in order to enhance their individual resilience and adaptive capacity.

Key risks to agriculture include reduced crop productivity associated with heat and drought stress and increased pest damage, disease damage and flood impacts on food system infrastructure, resulting in serious adverse effects on food security and on livelihoods at the regional, national and individual household levels.

According to the International Monetary Fund, adverse consequences of climate change are concentrated in regions with relatively hot climates, where a disproportionately large number of low-income countries are located.

Africa’s Agenda 2063, which was concluded in 2013, recognizes climate change as a major challenge for the continent’s development.

The full report is available here 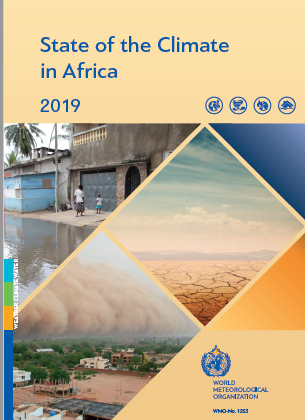