The most comprehensive global review to date of the interrelationship between people and nature makes it evident that the challenges posed by biodiversity loss, climate change, and achieving a good quality of life for all are deeply interconnected and need to be addressed ín an integrative manner—and urgently—from local to global levels. Maintaining a life-sustaining and life-fulfilling planet for humans and other species are thus one and the same challenge—a challenge that cannot be met by business as usual.

In May 2019, IPBES launched the GlobalAssessment Report after 17 years of combined working hours from the team of more than 350 expert authors worldwide. In December of 2019, the Co-Chairs of the Global Assessment and the Coordinating Lead Authors of the Report published their findings in the prestigious journal, Science:  "Pervasive human-driven decline of life on Earth points to the need for transformative change"

We agree with Ceddia that investment can play a key role in achieving the transformative change that is necessary to reverse nature’s ongoing decline. In our Review, we pointed to the large impact of extractive industries, the unequal distribution of wealth associated with trade flows, and the handful of transnational corporations that control the majority of supply chains in agriculture, fishing, logging, and mining. Changing investment in these sectors can profoundly affect the future of nature. More broadly, the impact of both public and private investment deserves more visibility (1, 2). It is also important to focus on the role that public policy and public opinion (including a more holistic view of economics and quality of life) can have in shaping investment (3, 4). A new economic system should build on and enhance the fabric of life rather than erode it. By rewarding actions that promote sustain-ability and penalizing actions that result in environmental deterioration, policies and attitudes can create powerful incentives for change in global financial and economic systems toward this vision. 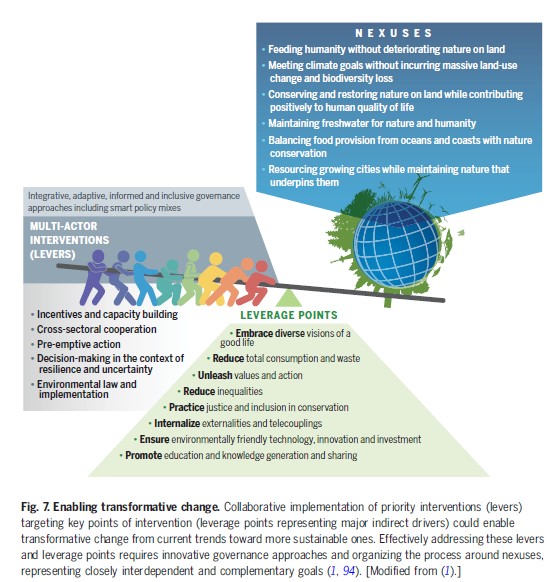 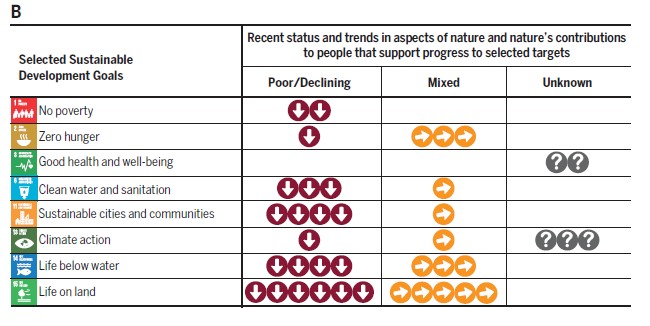