In many countries around the world, migration has become a defining issue of the current age. In 2017, there were an estimated 258 million people living in a country other than that of their birth. This is a significant increase on the figure from the turn of the century, which was estimated at 173 million. Most migrants move to take up employment opportunities or to be reunited with their families. Others flee from wars and natural disasters or move for a combination of reasons. Migration has been at the top of the EU political agenda and figures among the 10 political priorities of the European Commission for the period 2015 to 2019.

The European Agenda on Migration has guided the EU’s response to the immediate challenges linked to the 2015 migration crisis. It now focuses on the medium to long term solutions to equip Europe with future-proof means of managing migration responsibly and fairly, in the areas of irregular migration, borders, asylum and legal migration. With Europe in demographic decline and Africa’s population still increasing, the EU will most probably remain a destination which people continue to move to. With this in mind, the European Commission’s Knowledge Centre on Migration and Demography set out to prepare this Atlas of Migration.

The Atlas is intended to be used as a reference book for a variety of uses by migration policy makers, other relevant stakeholders, businesses, researchers and also the general public. It will be produced annually, both in paper and electronic forms. The Atlas includes data and indicators on demography, migrant stocks and flows, legal migration, asylum, irregular migration and naturalisation. For non-EU countries this is complemented by sections on development and humanitarian aid, remittances and socioeconomic characteristics, while for EU Member States by a section on migrant integration.

The Atlas is structured around three key sections, each with a distinct focus. The first presents data on a series of thematic areas across all 28 EU Member States. The second adopts a broader view by showcasing the most complete data available across 44 selected countries with migration connections with Europe, situating the EU within its global migratory context. The third and final section focuses on the issue of forced displacement in Africa, presenting details and trends on this particularly pressing question for Europe’s neighbours.

Launched on the occasion of International Migrants Day, a new Atlas from the Knowledge Centre on Migration and Demography provides insights on migration for all EU Member States and 44 non-EU countries.

With graphs, charts and maps, the Atlas of Migration provides a snapshot of migration in 2017, providing a knowledge base for policy makers, stakeholders, businesses, researchers and the general public.

The publication presents the available data on a range of migration-related fields in a format that is both easy to access and to understand..

It condenses statistics from multiple sources, including Eurostat for the EU Member States and several international statistical sources for migration profiles and thematic analysis of countries outside the EU.

The Atlas will provide the following information:

Learn more from the 2018 Atlas of Migration 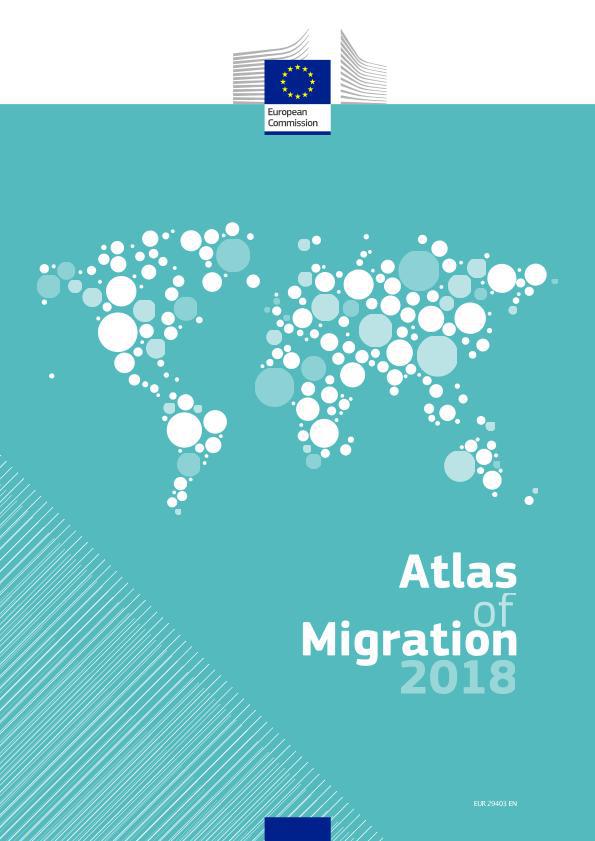