This chapter looks at some of the wider human security issues related to the condition of land. Many of the underlying pressures on land resources are not immediately obvious. Considerable evidence suggests that people are more likely to use land sustainably if they have secure tenure. Yet insecurity remains high in many countries and the growing phenomenon of “land grabbing” is making it worse. Gender inequalities put many women and their families at increasing risk, leaving them among the most vulnerable. Yet in practice they are expected to take responsibility for land management as a growing number of men migrate in search of employment.

Income growth simultaneously creates large middle classes with new consumption patterns that drive unsustainable land use and heighten the existing massive inequalities in wealth. Conflict over scarce resources can generate additional local and sometimes global pressures. One result has been greater rural to urban migration, primarily within states or between neighboring states. Increasingly, longer distance migration is contributing to social and political tensions with ramifications throughout the world. 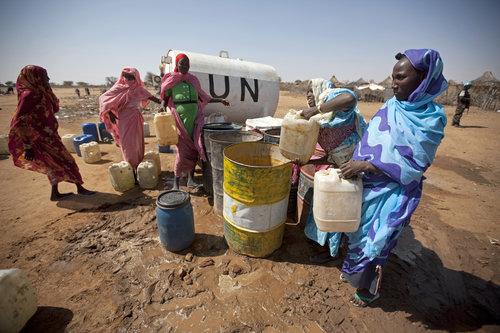