New article: Identifying hotspots in land use land cover change and the drivers in a semi-arid region of India

Advanced very high-resolution radiometer (AVHRR)-Normalized Difference Vegetation Index (NDVI) 3g data for the years 1982–2015 were used to identify the ‘hotspot’ with significant positive and negative LUCC. Multi-temporal Landsat imagery was used to produce finer scale land use maps. From 1991 to 2016, the agricultural land area increased by approximately 98% due to the conversion of uncultivable and fallow lands to agriculture.

The built-up area increased by 195%, and in recent years, an urban expansion has occurred in agricultural lands close to the urban fringe areas. There has been a shift from food crops to commercial crops, as observed from the steep increase in the amount of land under horticultural plantations, by 1601% from 2001 to 2016. In addition, the area under forest canopy was reduced in the protected regions. Institutional factors that improved access to water resources were the major drivers of change in hotspots, especially in the context of agriculture. Technological and economic factors were the other supporting factors that contributed to the change.

This study demonstrates the advantages of using satellite remote sensing techniques to monitor the LUCC, which is useful for predicting future land changes and aids in planning adaptation strategies.

Groundwater is considered as an open access/common pool resource, and it played a major role in the agricultural growth in the region. However, groundwater is not an infinite resource, and it has its own limitations in terms of recharge potential. For example, in the present study region, the local geology consisting of hard rock basalt severely limits groundwater availability and recharge potential. Groundwater over-exploitation and mismanagement is a common characteristic across all the semi-arid regions in India.

The built-up area increased by 195% from 1991 to 2016. In recent times, more of the agricultural lands in the fringe areas of urban centers have been converted into built-up areas. This unplanned growth and the expansion of urban centers are causes for concern, which puts pressure on the land and water resources in the peri-urban regions. Future climate risks in terms of dry spells, rainfall variability, and increases in the frequency of drought incidences further aggravate the vulnerability of the communities in the region. 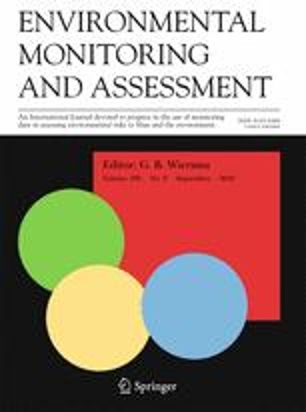