26 MAY 2021 – A new atlas published today shows that 54 per cent of the world’s land surface consists of vast  tracts of land covered by grass, shrubs or sparse, hardy vegetation that support millions of pastoralists, hunter  gatherers, ranchers and large populations of wildlife--and store large amounts of carbon.

Yet while most climate  plans focus on forests, much less importance is given to rangelands, leaving this massive planetary ecosystems  supporting people and nature exposed to a wide variety of threats.

This is among the key conclusions of the new Rangelands Atlas—an ambitious, first of its kind inventory compiled  by a coalition of prominent international environmental, conservation and agricultural organisations cataloguing  the contemporary character of the world’s rangelands, which include the Mongolian steppe, the savannas of  Africa, the pampas of South America and the Great Plains of North America. Their goal is to make rangelands a prominent part of policy discussions around everything from confronting  climate change to reducing poverty, managing threats to biodiversity and freshwater, and developing sustainable  food systems.

The Rangelands Atlas helps to fill that void and will be regularly updated. It captures key elements of the  importance of rangelands, a large portion of which are dry, desert-like areas, for supporting people, wildlife and  vegetation. For example, 70 per cent of Mongolia is rangelands. In Chad, grazing livestock across remote tracts  of parched rangelands accounts for 11 per cent of GDP. The Northern Great Plains in the United States are one of the world’s four remaining intact temperate grasslands, supporting a menagerie of plants, birds and reptile  species and providing home to several Native American nations. But the atlas reveals that due to threats,  including large-scale industrial agriculture, these lands are being lost at a faster rate than the destruction of the  Amazon rainforest.

The atlas shows that in the past three centuries more than 60  per cent of wildlands and woodlands have been converted – an area larger than North America - and an area  approximately the size of Australia (7.45 million km2) is now used to produce crops. This land-use change  contributes to the climate crisis, but the atlas shows rangelands will also suffer from global warming. Drastic  effects are predicated in an area twice the size of Europe, with nature being dangerously destabilized and the  ability to produce food, fuel and fibre being reduced.

The Atlas includes a series of 16 sets of maps demonstrating how much of rangelands is key biodiversity or protected area, where threatened species are located, and what climate change impacts are predicted over the coming years. This is first of its kind of data.

In the second half of 2021, government leaders will participate in annual conferences for the three Rio  Conventions, on climate change (UNFCCC), biodiversity (UNCBD) and desertification (UNCCD), along with the first  ever UN Food Systems Summit. Published ahead of the 5 June launch of the UN Decade of Ecosystem Restoration,  the atlas can help guide governments, international organisations, NGOs and donors on restoring, protecting and  better managing rangelands.

The Rangelands Atlas consists of preliminary maps that are a starting point for gathering more detailed data on  the exact ecosystem services and economic and social benefits that rangelands deliver to people and nature. It  is available at www.rangelandsdata.org/atlas.

This mapping of rangelands was produced by focusing on seven of the 14 global biomes categorised by WWF in their mapping of terrestrial  ecoregions around the world.  This map of rangelands is combined with other existing global datasets on different themes, to produce a mapping of  that  data “for rangelands.”

Each entry is presented with a short explanation of the map, key figures produced from the big data that produced the map, and a story from the field. We are reliant on the accuracy of the datasets we have accessed: the data have not been verified at regional, country or local level, and therefore is only an indicator of broad and estimated figures and trends.

Though the maps are global in nature and hide changes taking place at the local level, the Atlas is a useful starting point for drawing attention to rangelands and the need for their protection and restoration.

The diversity and importance of rangeland environments is mirrored in the diversity and prestige of the report’s  authors. In addition to ILRI, they include the International Union for Conservation of Nature, the World Wide  Fund for Nature, UN Environment Programme and the International Land Coalition, with contributions from the  Food and Agriculture Organization of the United Nations. 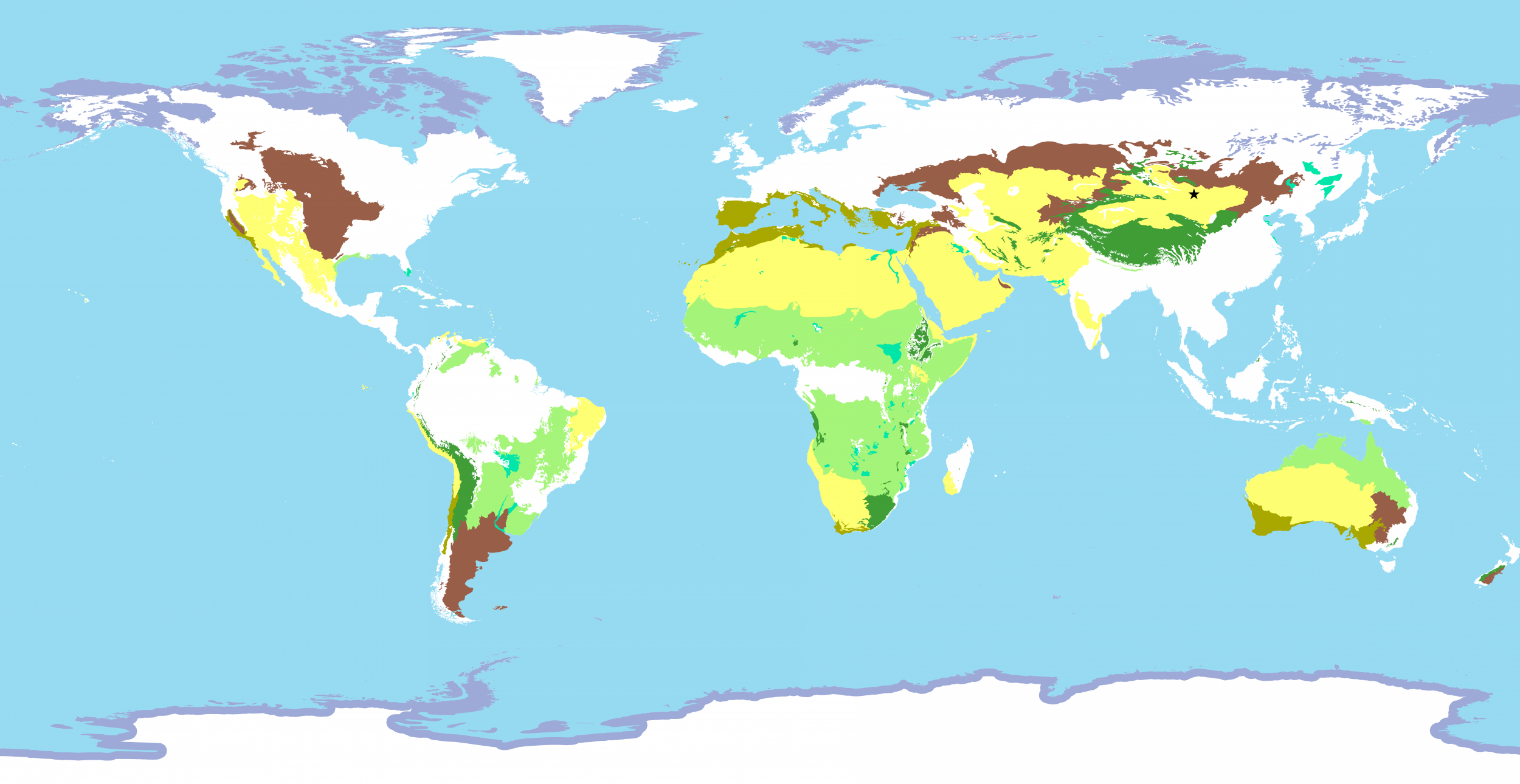