We live in an urbanizing world. Since 2008, more than half of humanity lives in cities, both large and small, and old and new. We also live in a world that is becoming even more urbanized, it is expected that by 2050, 66 per cent of the world’s population will live in cities [1]. The process of urbanization, accompanied by the rapid expansion of cities and the sprawling growth of metropolitan regions over the world, is one of the most important transformations of a natural landscape.

In the context of land systems science, contemporary urbanisation is a set of land-use change processes and the various contemporary cityscapes are the resulting land systems. Population growth increases urban footprints with consequences on biodiversity and climate. Much of the explosive urban growth has been unplanned and conflicting land-use demands often arise as land is a limited resource. Increased requirements for living space and intensive landscape utilization constitute two of the principal reasons for the environmental change, with significant impacts on quality of life and ecosystems.

This special issue of LAND explores urban land dynamics with particular regard to ecosystem structure, and discusses consequent environmental changes and their impacts. The studies cover a wide range of countries and contexts, and draw on a number of disciplinary methods and interdisciplinary approaches from the social and natural sciences. The papers have been authored by 41 researchers from 29 institutions in countries worldwide: from Australia, Bangladesh, China, India, Iraq, Italy, Japan, Nigeria, Philippines, Saudi Arabia, Slovakia, Spain, Thailand, the United Kingdom, and the USA. 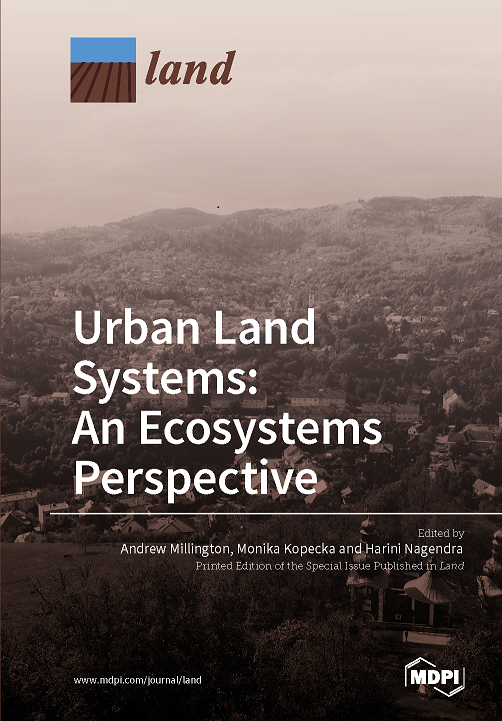