A study published in Spain showed that, as a consequence of the expected changes in aridity, the risk of desertification increases in all regions, and a good part of the territory (22 %), previously considered outside the definition of desertification for climatic reasons, would be part of arid, semi‑arid and dry sub‑humid areas by the end of the century. The largest increases would occur in the very high and high‑risk categories, which would increase by 45.5 % and 82.4 %, respectively, by the end of the century.

The land degradation process due to soil erosion (i.e. the rate of soil loss exceeding that of soil formation) is a natural process becoming particularly severe in the Mediterranean zone. Because of its impact on food production, drinking water quality, biodiversity, etc., land degradation is part of the EU environmental agenda. Most of soil loss in Europe derives from erosion by water (Panagos et al., 2015). The main factors affecting the rates of soil erosion by water are precipitation, soil type, topography, land use and land management.

Agricultural activities such as soil disturbance, removal of vegetative soil cover and/or hedgerows, increasing field size (open fields), abandoning terraces, late sowing of winter cereals, overstocking and inappropriate use of heavy machinery can accelerate this problem. A study conducted by Panagos et al. (2015) estimated the soil erosion loss by water in Europe for the reference year 2010.

Mediterranean areas showed the highest erosion rate, as well as the Alpine regions of western Austria as a result of high rainfall and steep topography. The lowest rate of loss was found in the Scandinavian and Baltic states. In addition, agricultural lands (arable lands, permanent crops, grasslands and heterogeneous agriculture lands, which cover about 47 % of the EU surface area) showed a mean soil loss of 3.24 t/ha per year, amounting to 68.3 % of total soil losses in the EU.

Climate change affects agriculture in a number of ways. Changes in temperature and precipitation as well as weather and climate extremes are already influencing crop yields and livestock productivity in Europe. Weather and climate conditions also affect the availability of water needed for irrigation, livestock watering practices, processing of agricultural products, and transport and storage conditions. Climate change is projected to reduce crop productivity in parts of southern Europe and to improve the conditions for growing crops in northern Europe. Although northern regions may experience longer growing seasons and more suitable crop conditions in future, the number of extreme events negatively affecting agriculture in Europe is projected to increase. Source:  European Environment Agency ( EEA Report No 4/2019) Climate change threatens future of farming in Europe.

Further reading:Climate change adaptation is key to future of farming in Europe 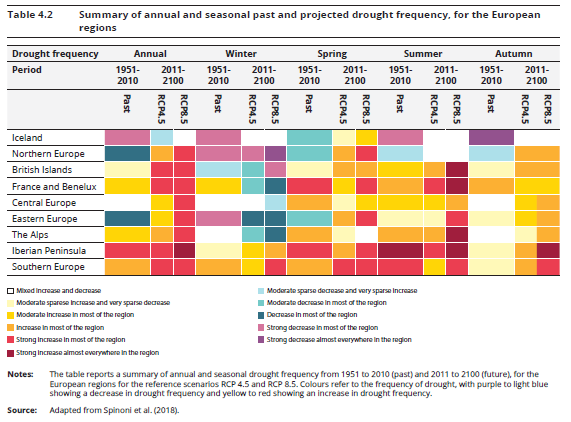 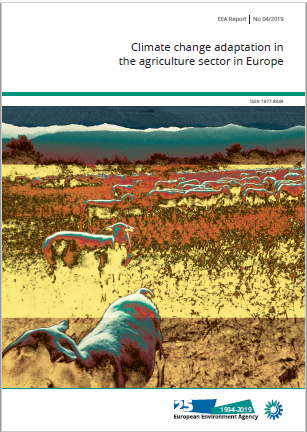