Towards our common digital future. Why we need a UN charter

In the report “Towards our common digital future”, the WBGU makes it clear that sustainability strategies and concepts need to be fundamentally further developed in the age of digitalization. Only if digital change and the Transformation towards Sustainability are synchronized can we succeed in advancing climate and Earth-system protection and in making social progress in human development. Without formative political action, digital change will further accelerate resource and energy consumption, and exacerbate damage to the environment and the climate. It is therefore an urgent political task to create the conditions needed to place digitalization at the service of sustainable development.

Place digitalization at the service of global sustainability. A key task of the coming decades must be to harness new technological possibilities such as Big Data, artificial intelligence and the Internet of Things for globally sustainable development. As a precondition, risks such as accelerated resource and energy consumption, possibilities of total surveillance, inadequately applied algorithmic decision-making and scoring procedures and, last but not least, a growing digital divide have to be contained.

A normative compass for the digitalized sustainability society. The Digital Age brings with it new challenges when it comes to the protection of fundamental and human rights. In the digital domain, the protected space and the options for exercising these rights are changing, so that new assurances are required here. Human dignity [Fig. 1] is the central unchangeable point of reference in this context

In the short term, the aim is to harmonize digitalization with the global sustainability goals agreed in 2015 (SDGs, Agenda 2030) and with the goals of the Paris Climate Agreement. New technologies should be used specifically to give people access to basic services such as healthcare, education, energy and information and to prevent environmental degradation.
Furthermore, precautions must already be taken today to deal with the societal upheavals that will accompany digitalization in the medium term. Examples include the foreseeable radical structural change on the labour markets as a result of advancing automation and a highly networked world society. Both developments must be directed towards the common good.
Finally, it is also a matter of preparing for possible long-term changes. For example, in human-machine interaction, risks to the human personality and to integrity are already recognizable today. This concerns, for example, sensitive neuro-data or brain-controlled neuro-prostheses, whose ethical aspects have hardly been taken into account up to now.

Arenas of digital change. In view of the broad thematic scope of the report, the WBGU uses selected examples – ‘arenas’ – to illustrate the status, perspectives and challenges of digitalization in the service of sustainability transformation. Some of the arenas are at the direct interface between the environment and digitalization, e.g. energy and resource consumption and land use. Others throw light on the interaction between digitalization and societal dimensions of sustainability, e.g. the future of work, digitally supported mobility. Finally, topics are addressed which, although already the subject of debate today, will only impact on society in the longer term (e.g. the development of world awareness).

European road to a digitalized sustainability society. The development of an 'EU strategy for sustainability in the Digital Age’ would also open up the possibility of firmly establishing new incentives and standards with international appeal. Sustainability, fair production conditions, privacy and cyber-security in technology design and its operation should become central principles, guiding actions in a future European digitalization model. This could also enable the EU to play a pioneering role in the further development of the Agenda 2030 and give fresh impetus to global digital development.

Core recommendations. Call a UN Summit on 'Sustainability in the Digital Age’

Germany and the EU should support a UN summit on ‘Digitalization and Sustainability’ in 2022 (30 years after UNCED in Rio). The central theme of the summit should be how to reach agreement on the necessary fundamental steps to be taken to achieve digitally supported sustainable development and avoid the risks involved in digital change. One key result could be a charter, as initially drafted in the WBGU report, naming the fundamental topics for the sustainable shaping of the Digital Age and identifying political starting points. In preparation for the proposed UN Summit, the WBGU recommends setting up a ‘World Commission on Sustainability in the Digital Age’, modelled on the ‘Brundtland Commission’, which triggered a worldwide discourse on sustainability in the late 1980s.

In retrospect, it is unfortunate that digitalisation was not mentioned in the major international policy agreements that heads of state and governments adopted in 2015. It obviously will have a bearing on achieving the UN’s 2030 Agenda, which includes the 17 SDGs, and the Paris Agreement on Climate Change. Artificial intelligence (AI), machine learning, virtual realities and related developments add up to a technological revolution which cannot be ignored.

Digital change will have impacts – some of them helpful, others detrimental – on every single SDG, ranging from poverty alleviation to resource efficiency, from governance to energy and mobility systems, from employment to transnational partnerships. Digital technology is speeding up fundamental societal and economic change (Sachs et al, 2019 ).

The UN Panel on Digital Cooperation (2019) and the science consortium “The World in 2050” (2019)have also come to these two conclusions in recent publications. There plainly is no automatism between digitalisation and sustainability transformations. The missing link is governance. Policymakers must act fast for humanity to rise to the climate challenge and achieve the SDGs and build the bridges between digital innovation and sustainability transformations.

( check out ‘Our Common Digital Future’ – a Charter for a Sustainable Digital Age (draft)  OPEN for comments by January 31st, 2020. ( Source: D+C Development and Cooperation) 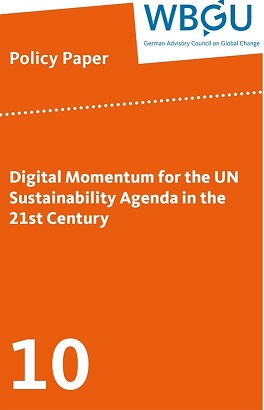 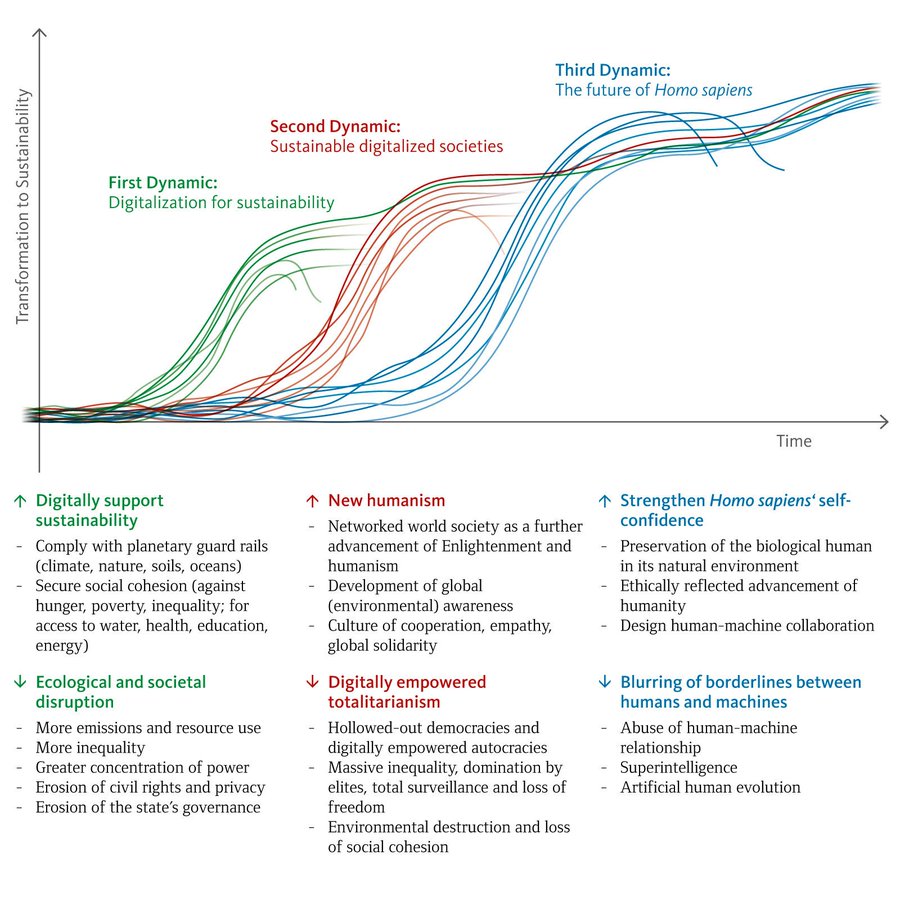