A temporary basic income (TBI) given specifically to hundreds of millions of women in the world’s developing countries could prevent rising poverty and widening gender inequalities during the COVID-19 pandemic, according to a new United Nations Development Programme (UNDP) Protecting Women's Livelihoods in Times of Pandemic: Temporary Basic Income and the Road to Gender Equality.

The new report  says that a temporary basic income for hundreds of millions of women in developing countries could prevent rising poverty and widening gender inequalities during the pandemic.

"Governments can take action right now by redirecting just 0.07 percent of their GDP each month directly to women experiencing severe socio-economic stress, because a monthly basic income could ensure survival in these unprecedented times,” said Achim Steiner, UNDP Administrator. “The benefits of such a meaningful investment could not only help women and their families absorb the shock of the pandemic, but also empower women to make independent decisions about money, livelihoods and life choices.“

“Gender inequality persists through uneven income and unequal divisions of labour, and while TBI is not a fix-all solution, it does help women increase their options right now during this crisis,” said Raquel Lagunas, UNDP Gender Team Director. “TBI provides a period of economic stability so women can organize their lives to suit their own interests and needs, and participate more fully in society.”

MORE from UNDP and  Further reading from UNCCD library   ; Publications, articles and more about gender and land, gender equality, gender and land rights, and Fact of the month Word of the week  on gender 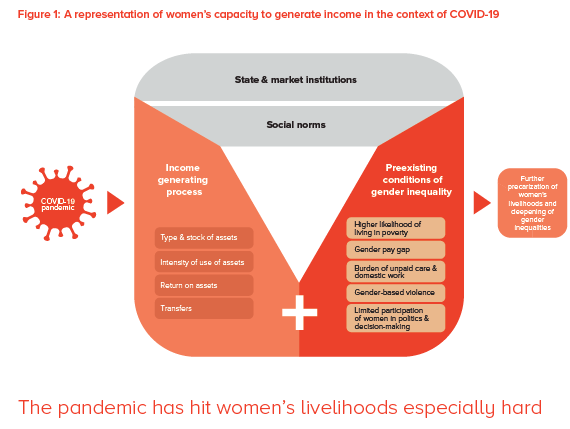 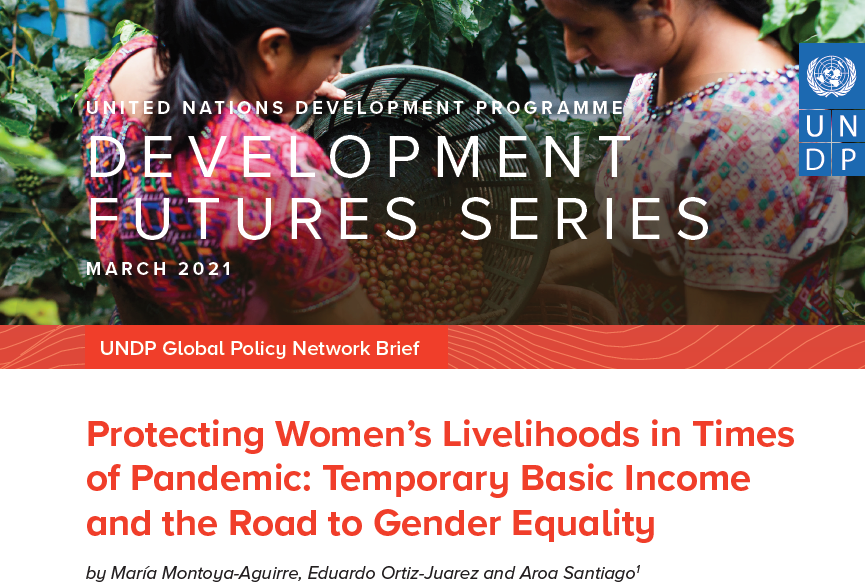