Millions of people across Sub-Saharan Africa could face grave hunger in the first half of 2020 because of armed conflict, political instability and climate change-linked disasters, a report  from the WFP says.

The report published by the UN World Food Programme (WFP) this month says that the countries affected will require life-saving food assistance and investment to prevent humanitarian catastrophes.

According to estimates of the United Nations High Commissioner for Refugees, about 70.8 million people are displaced worldwide by war, violence and persecution, with low- and middle-income countries bearing the brunt of the problem.

“In some countries, we are seeing conflict and instability combine with climate extremes force people from their homes, farms and places of work.”

Climate change seems to be creating refugees on its own, with the World Bank estimating in a 2018 report that over 140 million are expected to migrate within countries by 2050, mostly in Sub-Saharan Africa, South Asia and Latin America.

“In some countries, we are seeing conflict and instability combine with climate extremes force people from their homes, farms and places of work,” says Alexandre Le Cuziat, a co-author of the WFP report.

“In others, climate shocks are occurring alongside economic collapse and leaving millions on the brink of destitution and hunger.”

The WFP report is an internal analysis that is compiled every two months and used to identify countries of high prioritisation for emergency assistance. The agency identified critical and complex emergencies at risk of descending further into crisis without a rapid response and greater investment. Latest from  the World Food Programme webpage., latest publications page 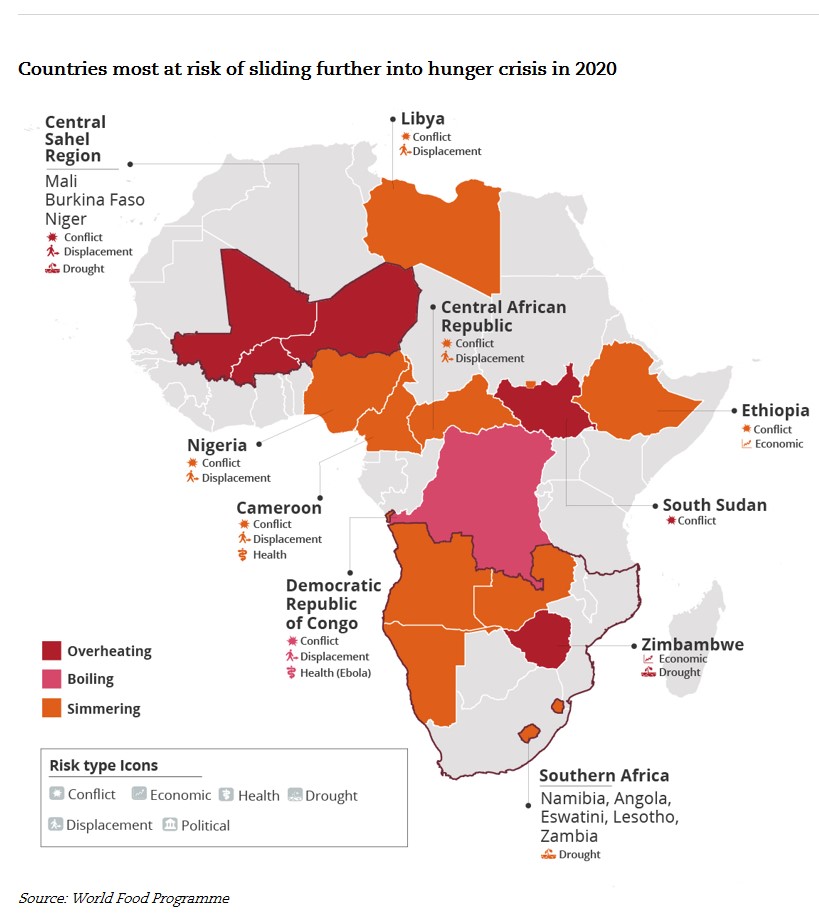