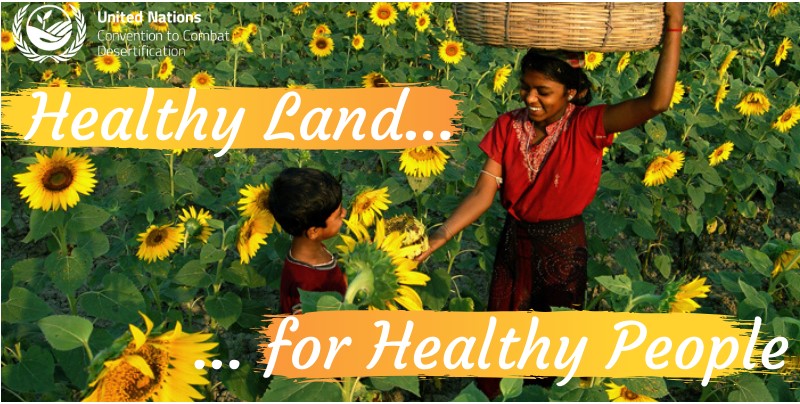 Land Degradation Neutrality (LDN) is a paradigm shift in land management policies and practices. It is a unique approach that counterbalances the expected loss of productive land with the recovery of degraded areas. It strategically places the measures to conserve, sustainably manage and restore land in the context of land use planning. LDN aims to preserve land resources by ensuring no net loss of healthy and productive land through a combination of measures that avoid, reduce and reverse land degradation. Achieving neutrality requires estimating the likely impacts of land-use and land management decisions, then counterbalancing anticipated losses through strategically planned rehabilitation or restoration of degraded land within the same land type.

LDN can only be achieved through coordinated efforts to integrate its objectives with land-use planning and land management, underpinned by sound understanding of the human-environment system and effective governance mechanisms.

With the support of the LDN Target Setting Programme, 123 countries have pledged to achieve Land Degradation Neutrality at the national or sub-national level, and as of May 2020, more than 100 countries have already set their voluntary national LDN targets, and many have secured high-level government commitment to achieve LDN. Many of the targets provide additional benefits to advance gender equality, increase women’s access to and control over land and natural resources, improve health and nutrition, reduce poverty, restore ecosystems, and minimize the negative effects of climate change.

Avoiding and reducing the negative impacts on land, as well as restoring land resources, are crucial to tackle climate change, conserve and protect biodiversity and maintain vital ecosystem services, while also ensuring shared prosperity and well-being. Healthy and productive land can play an unparalleled role as an engine of economic growth and a source of livelihoods for billions worldwide, including the most vulnerable populations. Target 15.3: By 2030, combat desertification, restore degraded land and soil, including land affected by desertification, drought and floods, and strive to achieve a land degradation-neutral world. The United Nations Convention to Combat Desertification (UNCCD) is the custodian agency for SDG indicator 15.3.1 (“Proportion of land that is degraded over total land area”) which was proposed by the Inter-Agency and Expert Group on SDG indicators (IAEG-SDGs) and adopted by the United Nations Statistical Commission (UNSC) in March 2017 to monitor progress towards achieving SDG target 15.3.

The UNCCD and its key partner, the Food and Agriculture Organization of the United Nations (FAO), have convened an inter-agency advisory group to develop and refine the methodology and data options contained in this Good Practice Guidance (GPG) for SDG indicator 15.3.1. This Good Practice Guidance (GPG) describes the methods to process and interpret data from available sources that can be used to support countries in their assessment and quantification of land degradation. While it difficult for a single indicator to fully capture the state or condition of the land, the sub-indicators are proxies to monitor the key factors and driving variables that reflect the capacity of the land to deliver ecosystem services. In this regard, this GPG assists countries in accessing and interpreting a wide range of data sources for the sub-indicators, including Earth observation and geospatial information, while at the same time ensuring national ownership. The UNCCD reporting template includes the indicator and sub-indicators. Thus, the use of the UNCCD’s national reports provides a practical and harmonized approach by which countries can report on the indicator beginning in 2018 and every four years thereafter.